The Trinity community welcomed Nicholas Perrin as the University’s 16th president in 2019. His university leadership experience and commitment to excellence have contributed to the larger vision for TIU moving forward. “For decades, TIU’s distinctive voice has been a gift to global evangelicalism,” Perrin says. “I look forward to the challenge of amplifying that voice in a clamorous world that—now more than ever—needs to encounter the Word of God afresh in every area of life.”

After serving in campus ministry following college at Johns Hopkins University (BA, English Literature), Perrin pursued a seminary degree at Covenant Theological Seminary and then eventually a doctorate in biblical studies from Marquette University. While at seminary he met Camie, a primary school teacher, at church. They’ve been together ever since (he proposed to her in front of her first-grade class). Together they have two adult sons, Nathaniel and Luke.

While pursuing his writing, academic goals, and personal commitments, President Perrin served both the pastorate and academy. Most recently at Wheaton College (Illinois) as the Franklin S. Dyrness Professor of Biblical Studies and also as dean of Wheaton Graduate School for five years.

Today he is excited to be a part of God’s plan for Trinity in the upcoming years. “I can still remember, as a young TEDS summer student in the late 1980s, coming to the Deerfield campus for the first time and falling in love with this special space dedicated to educating men and women for engagement in God’s redemptive work.” 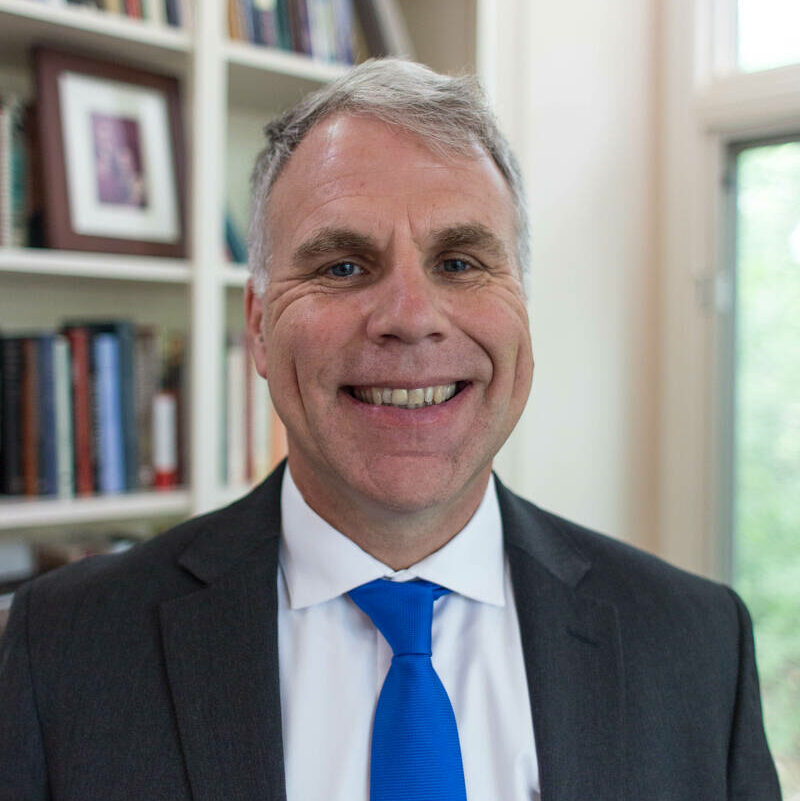 Preservation of a legacy calls for wise and careful leadership. We are governed by the Board of Regents who carry the responsibility for the successful conduct of the school and for cooperation with local congregations of the EFCA.

As Trinity’s chief governing body, the Board of Regents protects the university’s mission and vision, ensures that it fulfills its goals and the purposes for which it was established, oversee the school’s financial assets and establish a strategic vision for the future.