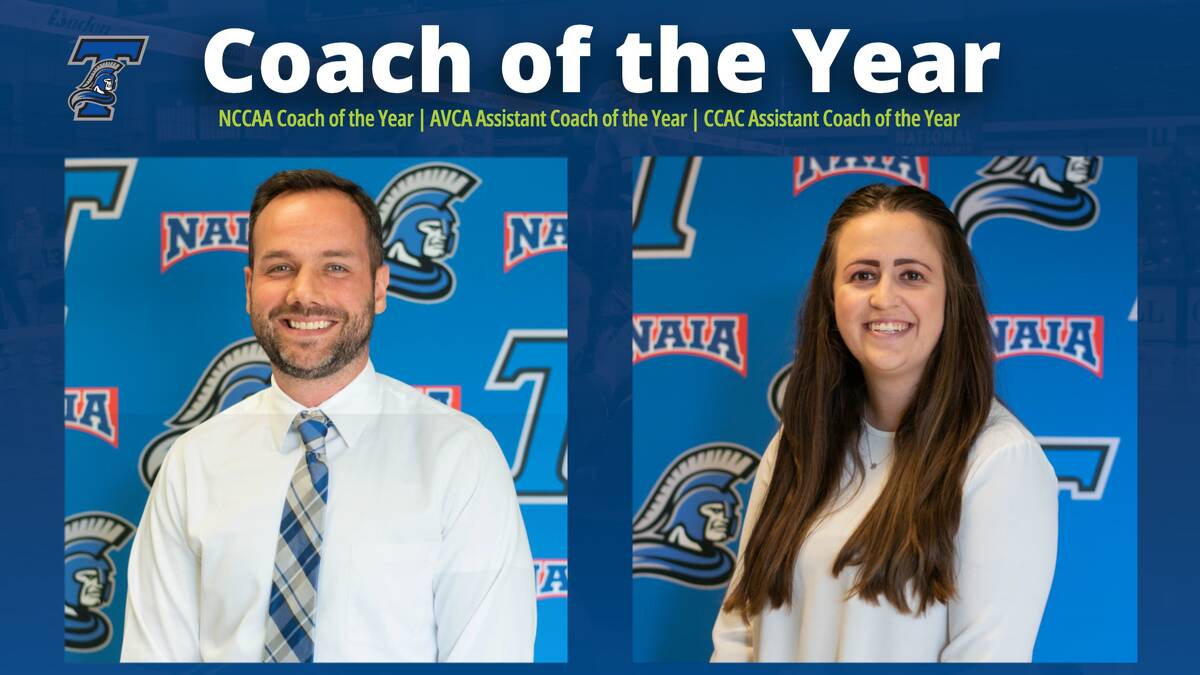 This season, Trinity’s women’s volleyball team had record breaking success, and behind their victories are hardworking coaches that walk with them through every step. This year, head coach and acting athletic director Luke Ward along with assistant coach Kennedy Mang were honored with Coach of the Year Awards, attesting to the effort and care they have for each of their players. 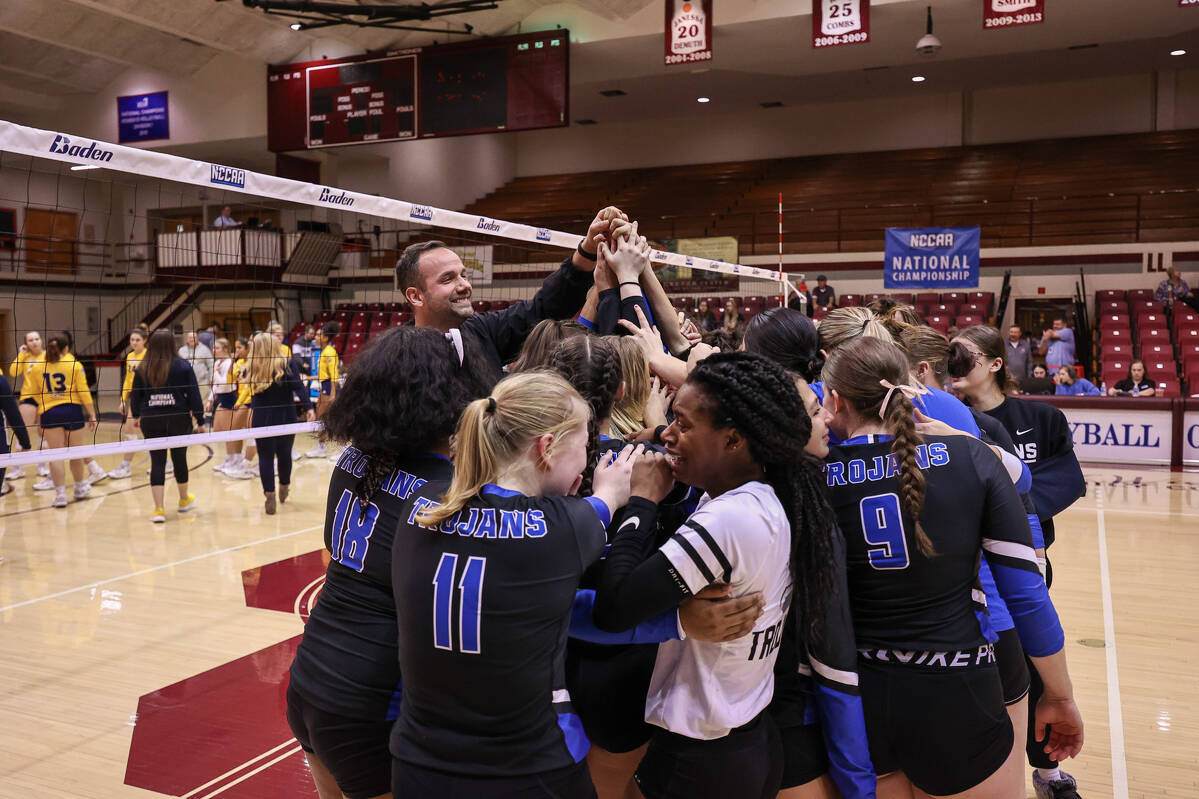 Last Saturday, Luke Ward was named Coach of the Year by The National Christian College Athletic Association (NCCAA) for Division 1 Women’s Volleyball and AVCA National Coach of the Year for the NCCAA. This honor was an exciting end to the season, as Ward led his team to  win the program’s first NCCAA National Championship, culminating in an exhilarating five sets against Columbia International University.

Ward was awarded his first NCCAA Coach of the Year this year after leading the Trojans to the program’s best overall record (30-9) in almost two decades and coaching them to the CCAC semifinals for the fourth time in program history. The Trojans also claimed the NCCAA North Central Region Championship in mid-November before moving onto the National Tournament.

Ward became the 17th head women’s volleyball coach at Trinity International University in May 2015 and has since compiled a career record of 149-133. The Trojans overall statistics have skyrocketed from just three wins in 2015, to 27 in 2019 and 30 in 2022.

With Ward at the helm, the volleyball program has produced 16 All-CCAC and 11 NCCAA North-Central All-Region selections. Additionally, 25 CCAC, 19 NCCAA, and 18 NAIA scholar-athletes have been honored for their academic success. The Trojans also earned NAIA Scholar-Team honors in 2015 and, with Kennedy Mang on staff, again in 2021. 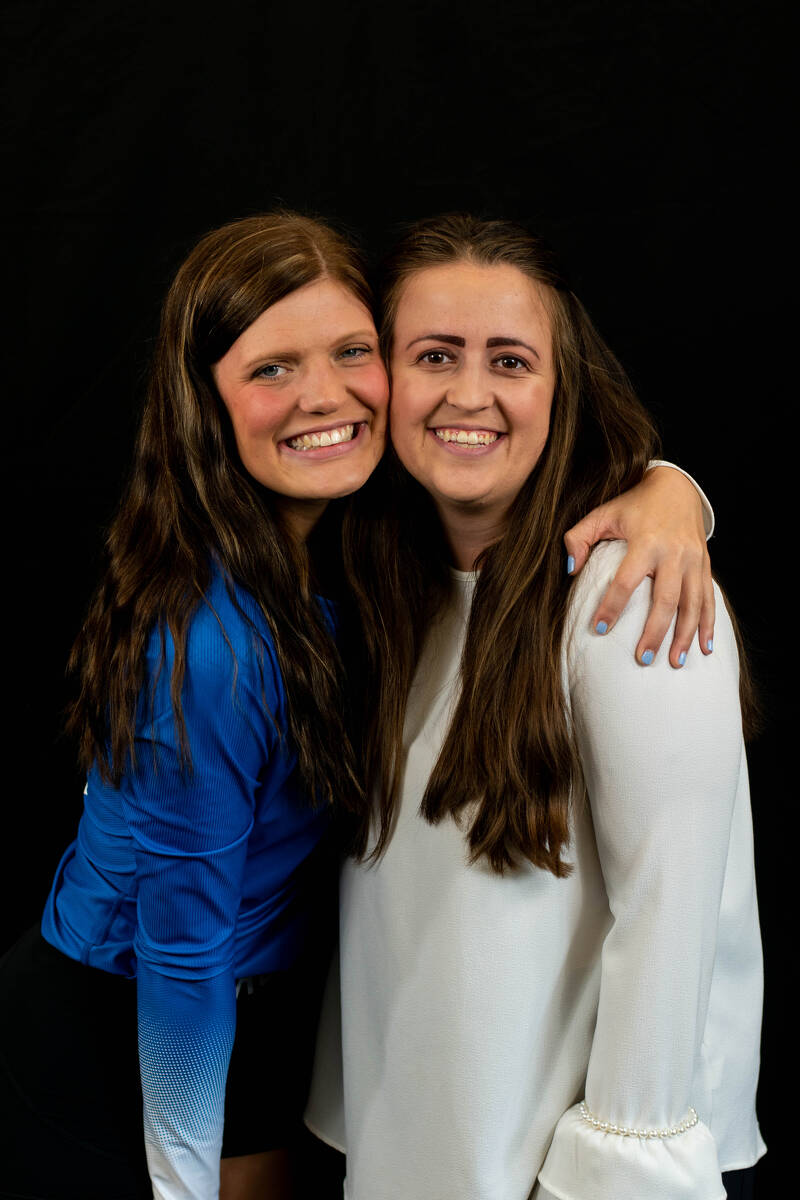 This year, Assistant Coach Kennedy Mang was named AVCA Mideast Assistant Coach of the Year and CCAC Assistant Coach of the Year. Mang has had success as a volleyball player and coach, including receiving the 2018 Coach’s Award while serving as team captain at Plymouth State University. She accepted this year’s award with humility saying, “I see this as an award for the program. I couldn’t accomplish anything without an amazing team, athletic department, and mentor Luke Ward. I’m extremely proud of this program.”

Mang joined the Trojan staff in the fall of 2021, after completing her masters degree in recreation and sports from Western Kentucky University with certification in intercollegiate athletic administration, but she has already taken the lead on focusing on setting and the Trojans’ offensive system. Her dedication to the health and wellness of the team finds her more often in the gym holding one-on-one sessions with her players than in her office.

Besides caring for the individual needs of each team member, Mang handles much of the team’s administrative tasks, including coordinating transportation and meals, ordering apparel, recruiting, and managing the team’s social media pages. Her widespread work truly deserves recognition. 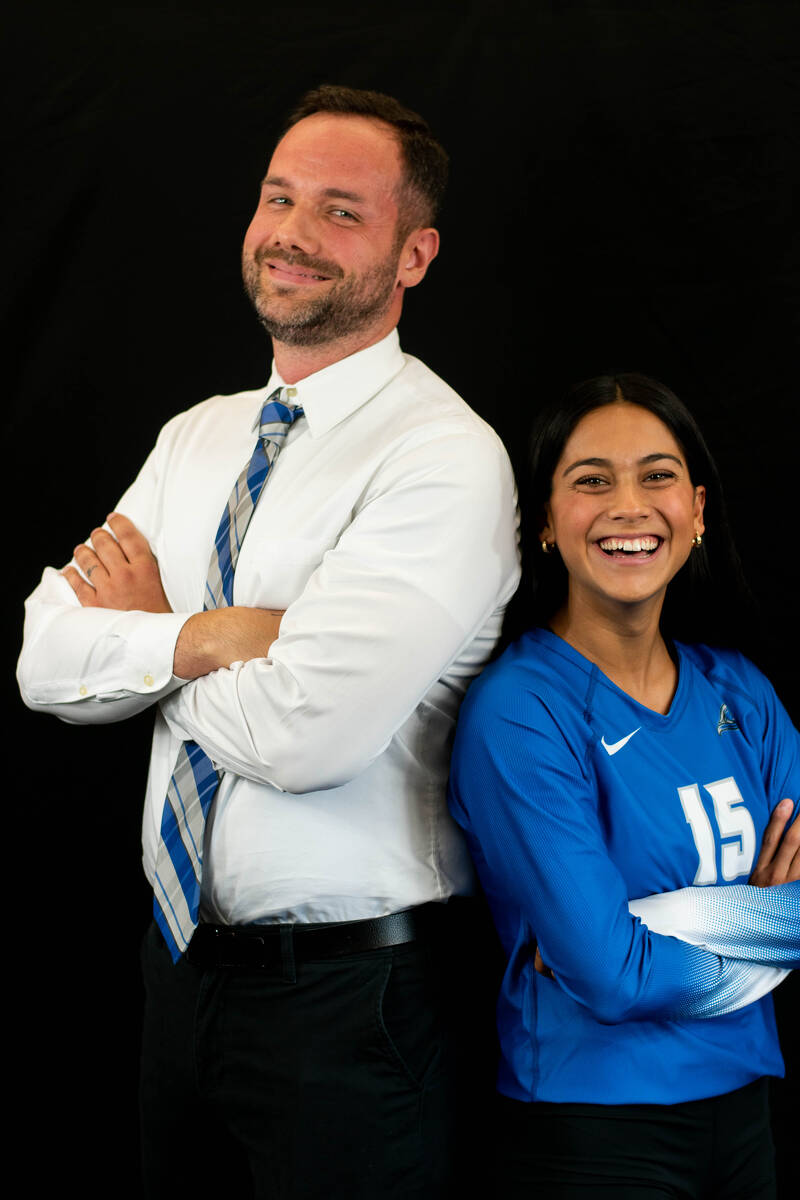 Ward and Mang’s achievements as volleyball coaches are only part of their Trinity stories. Both have not only inspired and trained their students to go far in athletics, but they have also been a great encouragement to them throughout all their struggles and successes. They exemplify Trinity’s mission for students to receive mentorship, discipleship, and support in all aspects of their college experience.

“Coach Luke has been honestly an amazing coach all four years and this fifth year,” stated Brianna Torres (Psychology ‘22 / MA Mental Health Counseling ‘23). “Every time you leave his office or are around him you always know that you are enough. He is always there for us and will support us through all kinds of adversity.” Overall, she feels that “His selflessness is so empowering and it inspires me to be like him.”

Fellow teammate Madison Feagans (Biology ’24) also has been impacted greatly by the care of her coaches. “Coming into this program I wasn’t used to coaches being so invested into our lives and wanting to know how we are doing not just as athletes but as people,” she explained.

As Trinity celebrates the Trojan’s successes this year and looks forward to the women’s volleyball team’s future achievements, they are thankful for coaches like Ward and Mang that put in so much effort for the betterment of their team as a whole and each player individually.