The morning of February 24 began for us as it did for many others in Ukraine – we woke up in horror to the sound of explosions. 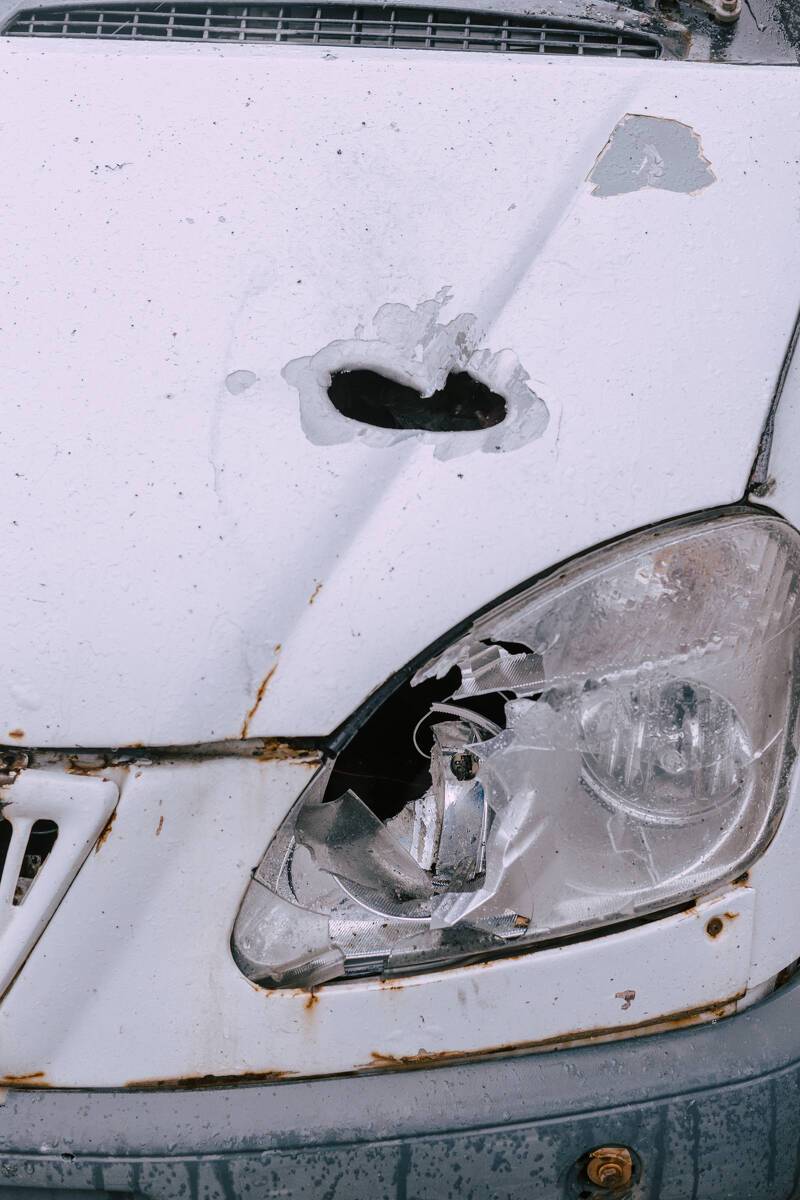 We tried to find answers online, but only found stories of people who also heard explosions. They said Russia attacked us. This thought simply did not fit in my head because we live in the twenty-first century. It seemed unrealistic. Until the last minute, my husband Oleg and I thought and hoped the attack would not happen. That is why, when it happened, we had no plan.

We looked outside and saw many people getting supplies, so we stocked up on water and food too just in case. It was a wise decision. My sister, many friends, leaders, and all our pastors left the city right away. It was very hard. We felt alone… even though the city was full of people.

We decided not to leave Kharkiv yet. I didn’t know why, but looking back I believe God has been leading us all this time. We have simply been obedient to Him. When He said we had to stay, we stayed. Later when he said we had to go, we left the city.

We hid in our home in Kharkiv for ten days after the beginning of the war. We arranged a refuge in our bathroom. My husband and I slept on the floor there. We had backpacks packed in case we needed to run out immediately.

A couple times we went to the supermarket for groceries. We were in line for two to four hours. In the cold. Under shelling. Terminals stopped working in our city the first week of the war. The only payment method was cash. It was problematic for many people who kept almost all their money on banking cards.

“We woke up in horror to the sound of explosions.”

In Kharkiv, we learned to discern the types of explosions. We could identify our air defense. We 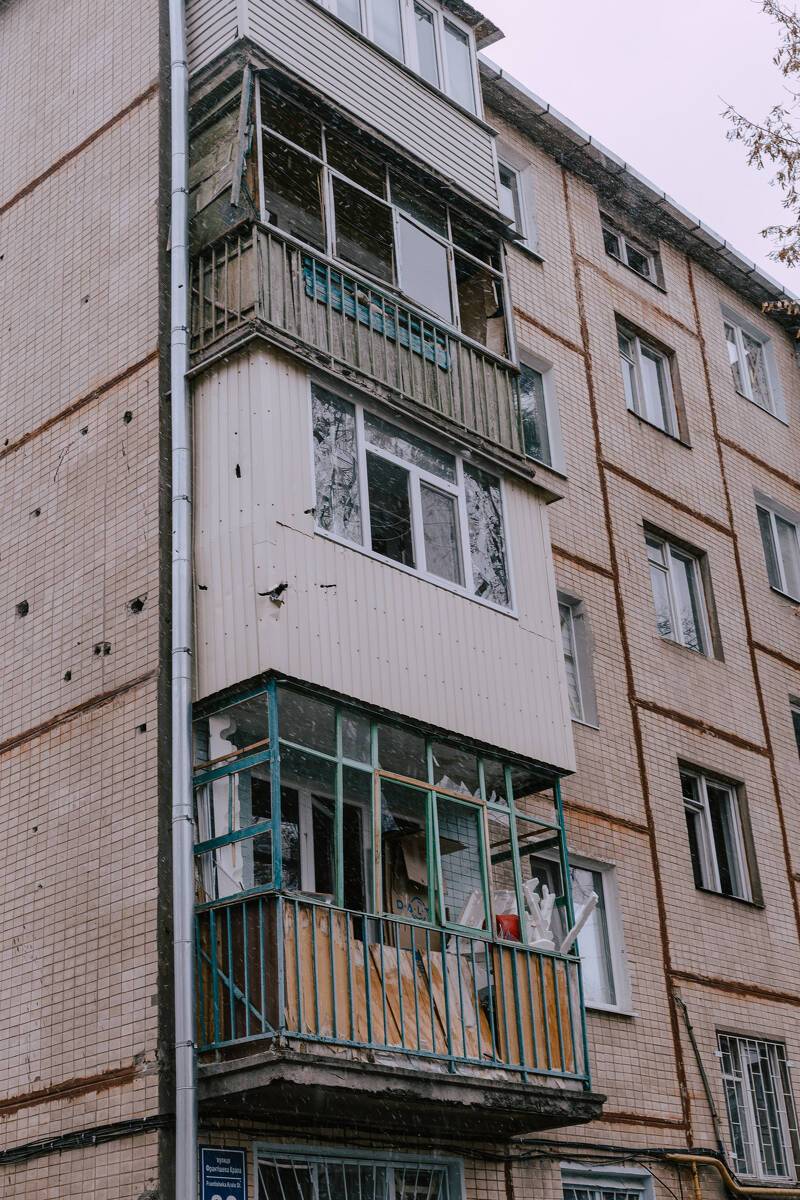 learned how to act. When explosions were far we did not have to worry, but when we heard them in our area we had to go down to the basement. On the sixth day, March 1, our city was heavily shelled. Russia bombed our center, our square, our regional administration, Saltovka, and people unlucky enough to be on the street at that time. Our area was bombed in the evening.

Around 6:15 PM, my husband and I heard the loudest explosion in our lives. The house began to shake. We heard windows breaking somewhere. Our hearts were racing. There was commotion on the street and at our building entrance. We were in our bathroom. In a panic, I began looking for our cats to take them to the bathroom. For the first time in my life, I experienced a brain freeze. I started shaking. I was pacing around the bathroom. I did not know what to do, what things to take, or where to run. Fortunately, Oleg was calm. He told me to collect our things, put the cats in a bag, take our backpacks, and go to the basement.

People from our building were already there. While we were there our area was shelled several more times. The ground shook. Cell service was lost, so I could not call or message anyone. I could not tell my mother we were alive. She was waiting for such a message every night. 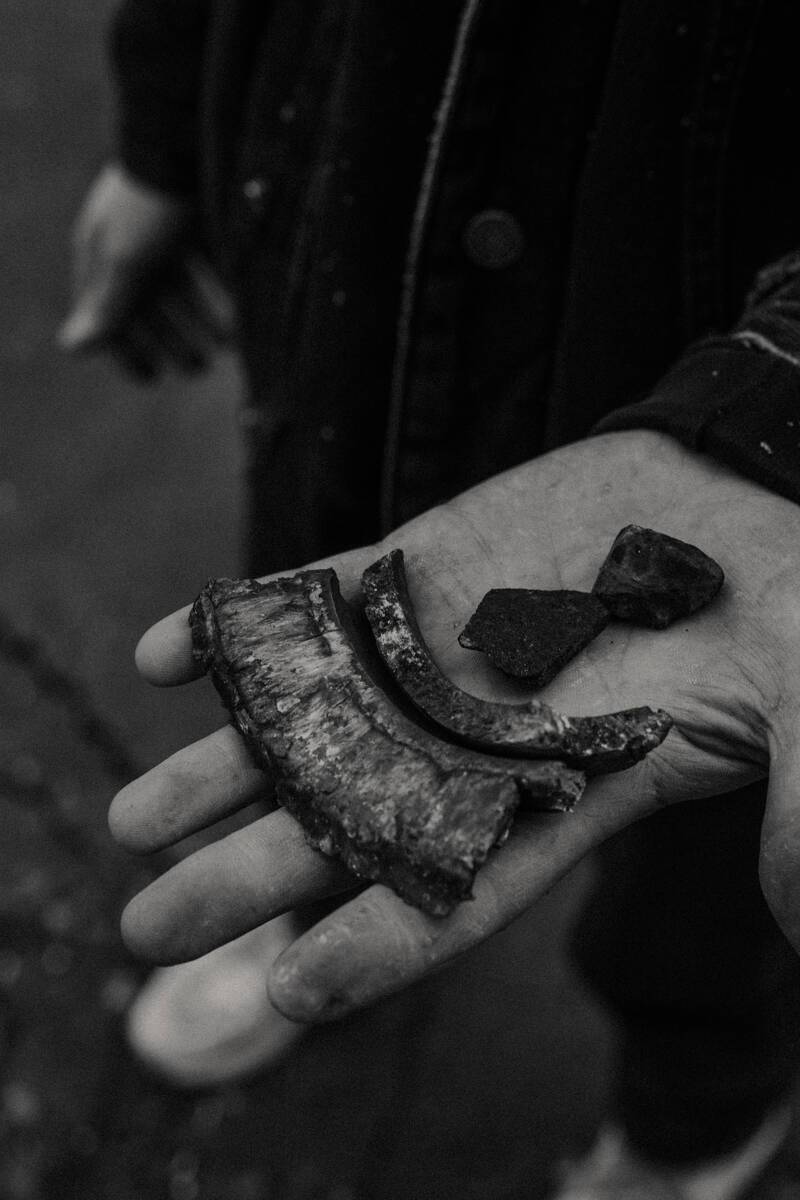 In the morning we went out for food. I took a camera to document the result of the shelling. As it turned out, our building was the most intact in our neighborhood. Weconstantly prayed for protection over it several times a day…and God saved us and our home. When we saw thedestruction and abundance of bomb fragments, we realized it was a miracle no one was hurt. It was scary to imagine what could have happened if the bomb had fallen in the morning or afternoon when people were walking on the street.

Because of the bombing the whole area lost cell service, Wi-Fi, and any kind of internet connection. For two days, we were without communication. From time to time we were without hot water as well.

The blackout in our area got more strict. Absolutely nothing was visible at night. Not a single lamp was on. Not a single window was open. It was scary hearing constant explosions but not being able to see anything. Russia fired 50-100 or even more shells on Kharkiv daily.

After two days without communication we started getting anxious because we did not have any news. We did not know if Kharkiv was under Ukrainian control or Russian occupation. We did not know what was happening in the country. The worst thing was that I could not call my mother and tell her we were safe. So, my husband and I moved to another area where our friend lived. He had internet connection and his neighborhood was relatively quiet.

“Absolutely nothing was visible at night.”

After several days we prayed and decided to leave the city. It was a very hard decision to leave our home for the unknown. We had only a small suitcase, two backpacks, and cats – our whole life, in our hands. Our trip was also a miracle. When we left, we did not understand how and where we would 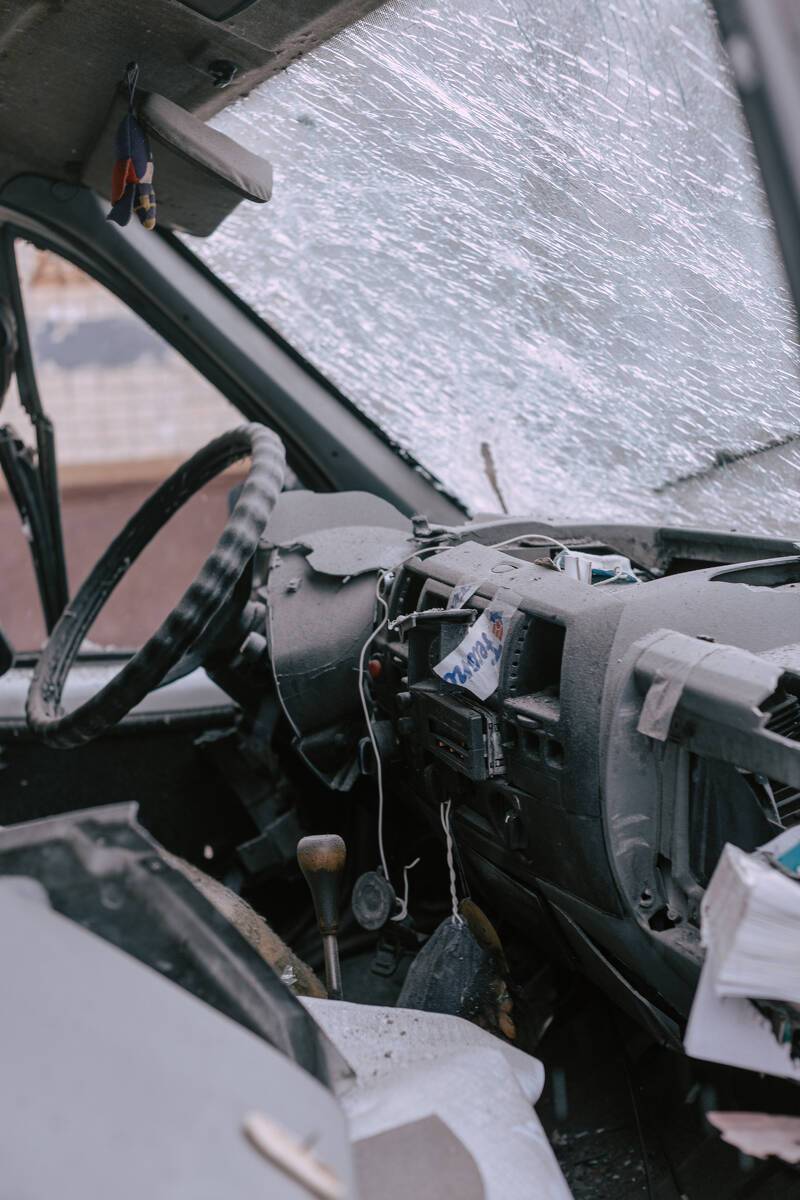 go, but God arranged everything. He was literally leading us. First we reached Poltava, and a couple days later Chernivtsi. There we were hosted by my mother’s friends.

The refugee life turned out to be even harder. Yes, there were no explosions and the region was relatively safe, but we constantly faced these questions: How long will we stay? What do we do next? Do we look for jobs here, or go elsewhere? How can we help?

In part, we found something to do: I am a volunteer and will work for a little bit soon. Oleg studies and plans to work remotely. Oleg also had to register at the local enlistment office. He may be mobilized to the military at any moment. This is the rule of our county, and we do not want to hide. We know everything is in the hands of God. He brought us to this point, so he will continue to lead. We believe he has a plan!

“We do not want to hide. We know everything is in the hands of God.”

What is important for people to understand about this war? There is no certainty, no guarantee, and no plan. It may drag on, or it may not. It is a war of destruction, humiliation, and suppression of free will, not just seizure of territory. We hope for the best but try to prepare for anything now. If Ukraine does not survive, other countries will be invaded next. If Russia is not stopped, the war will affect more countries.

This is also an information war. Many Russians are misled by their television programming, which is meant to turn them against Ukrainians. Silence now is consent to violence. There is no neutrality in this situation. We either clearly oppose evil or agree with it through toleration and silence.

How can we be silent when Russia is trying to destroy an entire nation and people in the twenty-first century? Why don’t people call a spade a spade? This is a war, not a conflict or special operation. This utter destruction should not be supported by anyone.