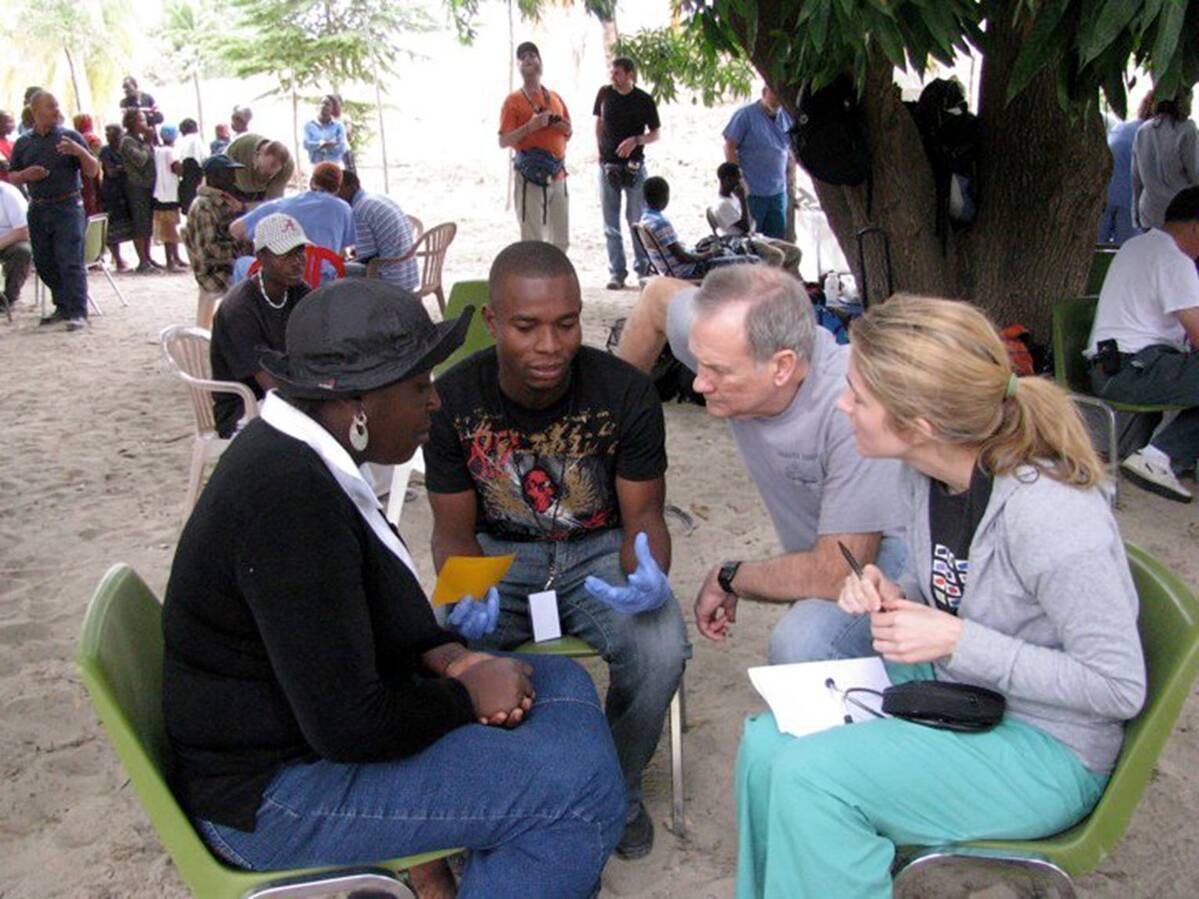 Dr. David Smith developed a hunger for Christian bioethics after practicing cardiology for over 20 years in Little Rock, Arkansas. He was troubled by physicians and educators supporting euthanasia, but did not have many places to turn for resources or support from other Christians.

He took a three month sabbatical in 1996 to research these issues and “got hooked” by Trinity’s bioethics program. After taking a few courses, he eventually took the plunge and graduated with a Master’s in Bioethics in 2000.

Dr. Smith, like many graduate students, navigated working while taking classes. “Many people don’t think it’s possible to [complete a degree while in a career], but I was about as busy as anybody else, and I carved it out,” Dr. Smith said. “It was one of the most rewarding opportunities and it opened up so many opportunities to me. My life would not have been the same without it.”

“The community of Trinity opened up to me. It wasn’t just a degree, it was a family.”

While at Trinity, Dr. Smith was able to meet world-renowned bioethicists and make lasting connections. He was particularly impacted by Dr. John Kilner, former director of the bioethics program and now Professor Emeritus of Bioethics and Contemporary Culture at Trinity.

“The community of Trinity opened up to me. It wasn’t just a degree, it was a family. I was brought into that and continue to be a part of it,” Dr. Smith said. 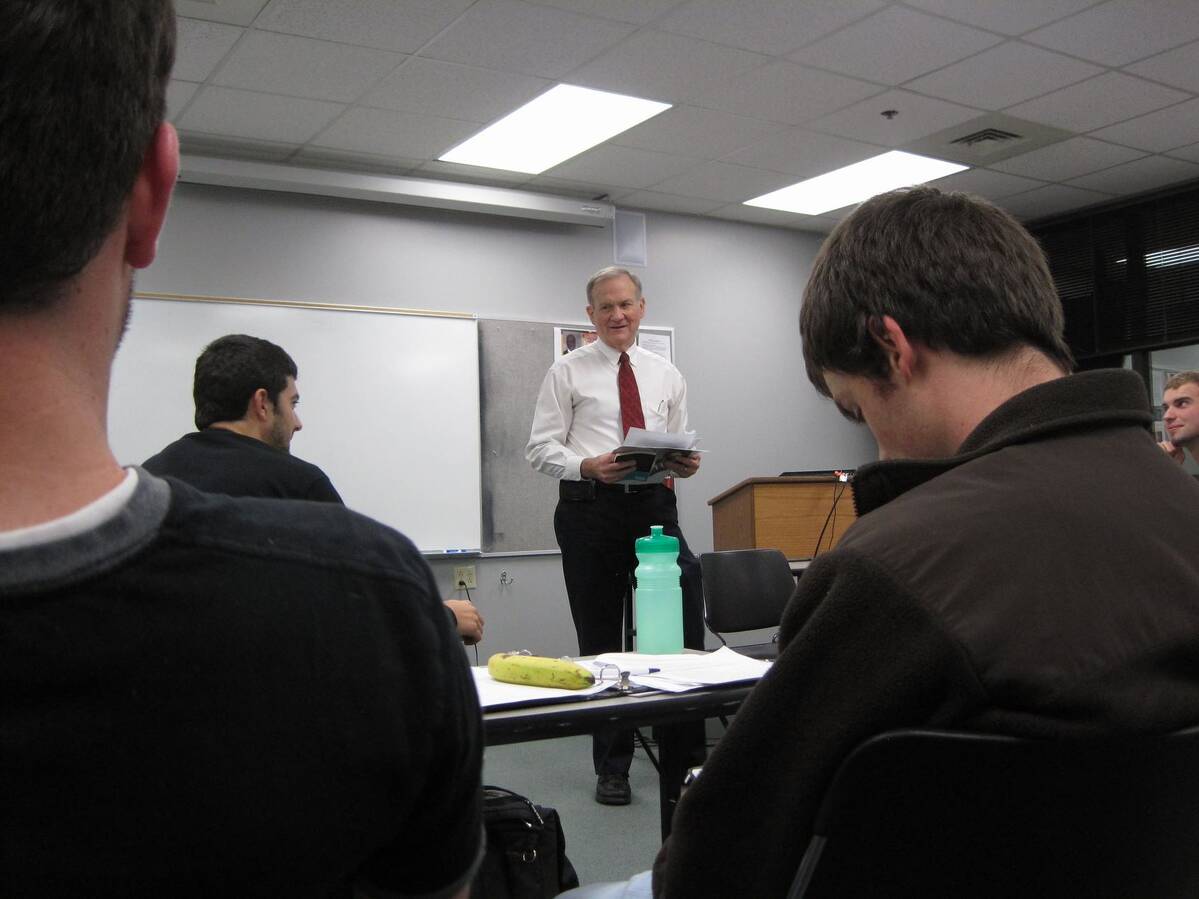 One of Dr. Smith’s focuses in bioethics is the allocation of scarce resources. He studied this deeply while at Trinity.

Dr. Smith took what he learned at Trinity and passed it on to students at Harding University. With resources from Dr. Kilner, Dr. Smith taught a bioethics class there for nearly 20 years.

“The public policy part was something I never dreamed I would be involved in, but again, Trinity prepared me for it.” 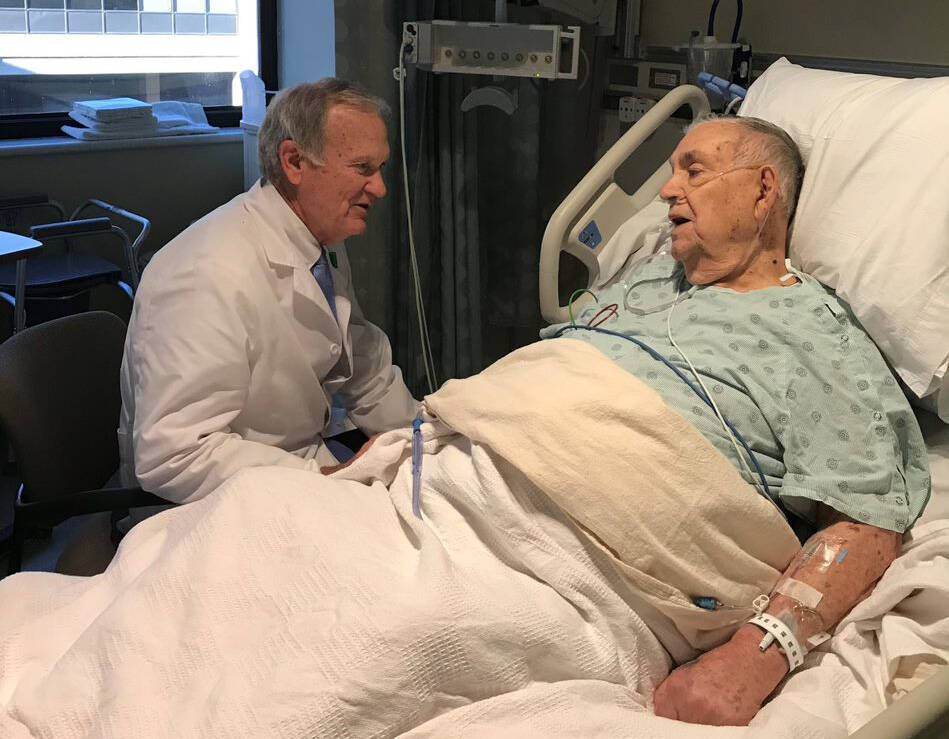 At the age of 65, Dr. Smith transitioned from cardiology to supportive care, which is a branch of palliative care, to treat patients who may have only weeks to live. Thanks to this career switch, he is now able to continue supporting people who need it but no longer has to respond to early-morning calls for emergency heart issues. Now 75 years old, he continues his mission to care for those whose life is waning and stands against euthanasia.

Since graduating from Trinity, Dr. Smith has testified with other colleagues in his state against legislature for physician-assisted suicide. “The public policy part was something I never dreamed I would be involved in, but again, Trinity prepared me for it,” Dr. Smith said.

Dr. Smith is a founder and board member of the Haiti Christian Development Project (HCDP), a nonprofit that seeks to provide agricultural education and development as well as medical care.

“The more I went [to Haiti, the people there] became like relatives to me. You know them by name, you know where they live, you know they’re suffering, you know their needs,” Dr. Smith said.

Dr. Smith’s study of the allocation of scarce resources has helped him with his work in Haiti as well. The HCDP feeds 600 to 700 children lunch every day while providing them with an education. They also have a vocational school that teaches students development skills, such as agriculture, computer science, and water conservation.

Dr. Smith is grateful for his time at Trinity and the many ways he has been able to apply his bioethics degree to both his medicine and his ministry.

“You’re being prepared. God’s equipping you, and you can help ready yourself and work with him on this. The amount of service and satisfaction that you can have is incredible,” Dr. Smith said.

Learn how Trinity’s Bioethics program prepares you to serve: