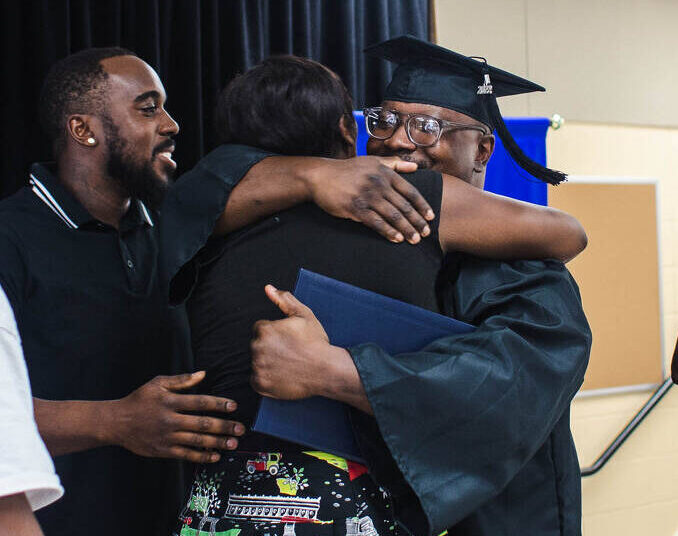 On Wednesday, June 29, nine inmates serving 10 or more years walked across the stage at Waupun Correctional Facility as graduates from Trinity International University. Five years ago, Trinity began providing an opportunity for inmates at Waupun to pursue a bachelor’s degree in Biblical Studies with a minor in Psychology.

“The goal of the program is to help inmates become agents of change,” says Craig Long, associate dean of Trinity’s extension site at Waupun. This partnership is an extension of Trinity’s mission to educate men and women to engage in God’s redemptive work in the world.

“They’ve done studies on programs like this where you see a drop in prison crime rate, riots, and violence. This impacts the community. It impacts them personally. We see the reward right away,” said Trinity International University President Nick Perrin. 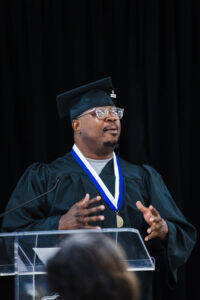 While the academic expectations and classroom rigor are promised to be equivalent to Trinity’s on-campus experience, Alexander took on the challenge. “You can’t have correction without having education. It’s impossible,” he said. “There’s no better thing to do with your time in prison than educate yourself.”

Alexander has been incarcerated for a string of felonies and won’t be released until 2030, however, he hopes to further his education and work to provide counseling to those struggling with alcohol and drugs.

“Drugs play a major role in some of the heartache we see with so many people now,” Alexander said. “A lot of the things that I got into myself, which ended up landing me in prison, drugs and alcohol were a catalyst.”

Through this partnership, 29 inmates have graduated with their degrees; 20 inmates graduated in 2021 and nine graduated this week in the second commencement ceremony. Wisconsin Department of Corrections Secretary Kevin Carr and Trinity International University President Perrin are so proud of each of these graduates and look forward to continuing this partnership. 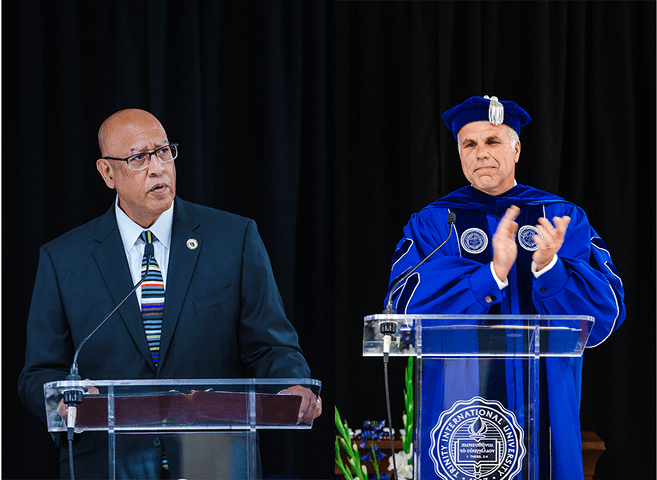 “This program costs nothing for the state taxpayers, and costs nothing for the persons in our care to participate in it. It’s a great partnership that is a positive for both Trinity International University, the Wisconsin Educational Inmate Association and the Department of Corrections,” said Secretary Carr. “It’s a life-changing event for these men that are participating in these programs.”

President Perrin, grateful for this partnership says “As long as there’s a demand for inmates who want this education, we want to be there for them. I pray for each of these students that they would come to fully understand God’s generous hand upon their lives and use their degrees to serve others.”

Join us in celebrating our 2022 graduates from Waupun Correctional Facility!