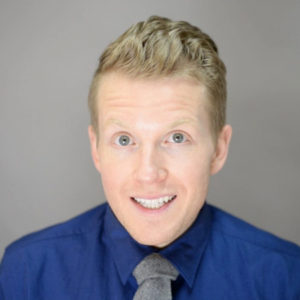 Benjamin Kalb was struggling as young teacher until he drew upon some choice words he had heard repeated during his TIU education. Those words inspired a new approach that transformed his career.

Just two years out of college, Benjamin Kalb felt uneasy about his work as a high school educator.

He was teaching American Government to upperclassmen at Lakes Community High School in Lake Villa, Ill. Some of the students were just a few years his junior and they were asking troublesome questions.

“They’d ask, ‘why is this important and why am I memorizing this?’” Kalb recalls. “’Why am I writing this down in my notebook?’”

Kalb’s job was to teach them concepts such as how a bill becomes law, but his students shot back that they could look up that information on their smartphones – if they ever needed it.

Through a state-funded program, Kalb was able to obtain several Apple iPads for classroom use. They arrived as he was searching for ways to become a better teacher.

The 2008 graduate of Trinity International University drew on two words a professor had emphasized years earlier.

“The idea is that you’re never complete as a teacher,” Kalb says. “You’re always looking back and figuring out ‘how can I get better?’”

Kalb connected the iPads with that desire to improve upon his lesson plans. For example, he assigned his students projects to create songs or videos showing how a bill becomes law.

Finally, there was a credible answer to the question “why is this important?”

“I could say, ‘this is going to make you better at skills you’re going to use the rest of your life,” Kalb says. “You can do that while also learning American Government.”

Student engagement in the lessons increased dramatically. Memorizing how a bill becomes law was far easier and remained in their minds through the repetition of seeing it on the iPad screens.

After six years at LCHS, Kalb’s work drew the attention of administrators in one of Colorado’s largest school districts. He now serves as Instructional Technology Coordinator for St. Vrain Valley School District, helping teachers make better use of the latest breakthroughs for classroom use.

“The idea is that you’re never complete as a teacher,” Kalb says. “You’re always looking back and figuring out ‘how can I get better?’”

His work also caught the attention of Apple.

Each year, the company names a few teachers as Apple Distinguished Educators. Kalb became a member of the ADE Class of 2017 honorees. Corporate leaders appear tight-lipped about the program, declining to answer questions about the size of the class or the number of applications. But throughout the education community, such a selection is regarded as a great and rare honor.

The company did send this statement:

“Apple is pleased to welcome Benjamin Kalb to the ADE Class of 2017. The Apple Distinguished Educator (ADE) Program began in 1994, when Apple recognized K-12 and higher education pioneers who are using a variety of Apple products to transform teaching and learning in powerful ways.

“Today it has grown into a worldwide community of over 2,500 visionary educators and innovative leaders who are doing amazing things with Apple technology in and out of the classroom.”

“Ben was a thirsty-for-knowledge student at Trinity,” Wrobbel says. “I found that he asked thoughtful questions and pursued understanding because he knew he was going to need to know these things for his own classroom.”

Wrobbel says Trinity requires student teachers to evaluate each day’s lesson, asking them to be ready to eliminate aspects of their presentations that proved ineffective.

“Our lesson plan template included a place to reflect on the lesson,” Wrobbel says.  “We expected them to pause immediately to think about the lesson, while it was still fresh on their minds.”

Kalb says he sees the results of that training in his former classmates.

“I don’t think there are any bad teachers who graduated from Trinity,” Kalb says. “They just churn out really curious people who are deeply interested in what works best for kids.”