William Hurlbut, a leading bioethicist who has served on the U.S. President’s Council on Bioethics, will speak at the annual spring Bioethics Lectureship March 21 on the Deerfield campus. 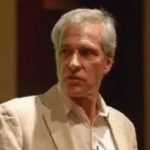 Hurlbut is senior research scholar in neurobiology at the Stanford Medical School. According to a university biography, after completing a doctor of medicine degree at Stanford, Hurlbut completed postdoctoral studies in theology and medical ethics with Robert Hamerton-Kelly, the Dean of the Chapel at Stanford, and subsequently with the Rev. Louis Bouyer of the Institut Catholique de Paris.

Among his many influential publications is “Altered Nuclear Transfer” in Stem Cell Reviews–a proposed technological solution to the moral controversy over embryonic stem cell research. Hurlbut serves as a Steering Committee Member of the Templeton Religion Trust and is a Distinguished Fellow of TIU’s Center for Bioethics & Human Dignity (CBHD)

In his presentation at the spring Bioethics Lectureship, Hurlbut will address some of the practical implications of what it means to be human by examining the increasingly fuzzy borderlines between people and animals, robots and embryo-like human creations.

“Dr. Hurlbut has long been at the forefront of charting ways for science to achieve major breakthroughs without sacrificing human dignity,” said John Kilner, director of the bioethics program at Trinity Graduate School and founding director of CBHD from 1994–2005. “This lectureship is an exceptional opportunity for people to learn about some cutting-edge developments in science today and to ask questions about what this means for our everyday lives and the future of the human race.”

The March 21 event marks the culmination of the spring 2019 colloquium series. Previous colloquia also focused on the overall theme of what it means to be human. They are available for viewing on YouTube: Why Theological Anthropology Matters for Bioethics: A Case Study Dr. Tom McCall and Defining Humanity in an age of Plasticity Dr. Marc Cortez.

“John Kilner is a giant in the world of bioethics. His significant research, his key publications, and his strategic leadership in the field of bioethics have made a huge difference for more than a quarter of a century,” Dockery said. “It is a genuine privilege to recognize John Kilner by naming this important endowed lecture series in his honor. The Trinity community joins me in expressing thanksgiving for Dr. Kilner.”

Kilner will be retiring at the end of June. He and his wife Suzanne will attend the March 21 event at 7 p.m. in the Kantzer Lecture Hall, located adjacent to the A. T. Olson Chapel. The event will conclude with a question-and-answer session followed by refreshments.