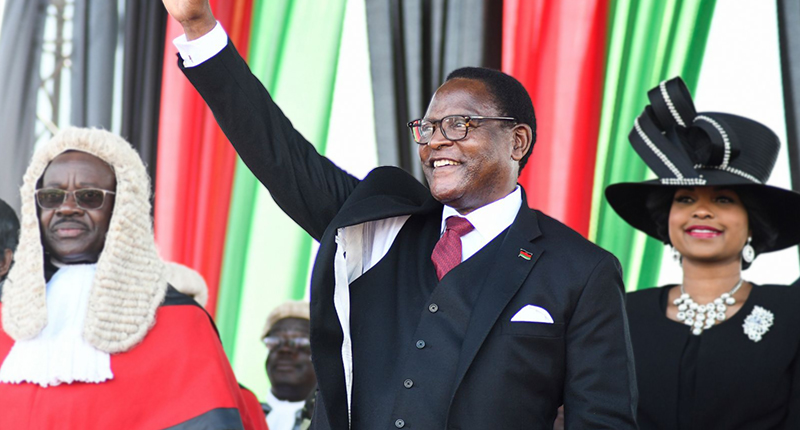 In a historic turn of events after a 13 month-long election, the country of Malawi has elected the leader of the Malawi Congress Party, Lazarus Chakwera (DMin ’00), as its president. After reports of vote-tampering in last year’s May election, Chakwera won against the former president Peter Mutharika (2014–2020) by 58 percent on Tuesday, June 23.

One of the first moves during his second week in office was to call on the African nation to join in three days of prayer and fasting against the spread of the coronavirus.

An Assemblies of God minister, as well as the Malawi denomination’s president since 1989 (until he turned to politics in 2013), Chakwera expressed hope in his inaugural address that a transparent and collaborative servant leadership will restore faith in the government of his struggling country.

“The ruining of national treasures of both nature and state is a sin of my generation that I am bound by God to confess and bound by you to correct.”

In this article from the BBC, Chakwera said that making the decision to become a politician was not easy.

“I had to argue with God over a direction in life that didn’t seem natural to me,” he said in a video published by St Andrew’s Presbyterian Church in California.

But after a lot of discussion, according to Chakwera, “God was saying that: ‘I’m extending your ministry so that you’re able to pastor a whole nation.'”

In like manner, this piece published by Christianity Today notes that Chakwera describes his political ambitions as a divine calling: “God spoke to my heart. . . . He said, ‘I am not pulling you out of ministry. Instead I am extending your ministry. I want you to get into politics.’”

But he does not want to turn Malawi into a theocracy and neither does he want to proselytize, Chakwera’s advisor Sean Kampondeni said (quoted in the BBC article above).

“[Chakwera] believes that government is something that God subscribes to in nations in order to bring about order and progress in society, for the flourishing of human beings,” Kampondeni explained.

According to the New African, Chakwera was born in a village west of Malawi’s capital, Lilongwe, in 1955 to a family of subsistence farmers “in the wallowing poverty of colonial Malawi.” He rosee3w2Q! out of this by God’s grace through education—being one of the three boys from his primary school to be selected to go to secondary school. From there, he went on to the University of Malawi where he studied philosophy, graduating in 1977, and then followed this up with a degree in theology, later earning a Doctor of Ministry degree from TEDS in 2000. Chakwera has been married to his wife, Monica, for 43 years, and together they have four children and grandchildren.