Senior Celina Turman has wanted to be a writer since she read her first story to her first-grade class. She received applause and acclaim for her creative work then and college hasn’t changed that response for Turman. She is now in the process of getting her short story, “Dying Innocence” published.

Meant to be a “heart wrenching” and “thought provoking” story according to Turman, Dying Innocence follows a young girl who doesn’t quite understand the reality of death.

“It’s been a while since a short story has made me cry,” Director of Premier Program for Something Or Other Publishing (SOOP) Christian Lee said. “I think this story is sad but really well done. I always think it’s incredible when someone can tell a fully developed story in under 500 words.”

Turman signed a contract with SOOP over the summer, allowing her story to be added to an anthology called “25 Servings of SOOP V. II.” She will be published under the pen name Ruby G.

The release date has not yet been announced, but when the book is published it will be available in print on Amazon and in select stores. 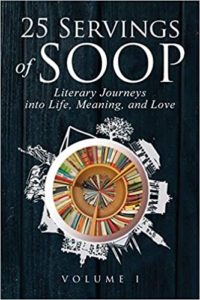 The moment in first grade that ignited this passion for writing hasn’t left her, and it never will. Turman has dedicated her time and her education to reading great authors as she strives to become one.

Like many of the great authors before her, Turman plans to move to New York, NY, after she graduates where she will be an editor by day and a writer by night. With many novels and stories already in the works, Turman is ready for the next step in life, as long as that next step includes writing.

“Writing is in my blood,” Turman said. “Writing is what I want to do with my life. This is it.”