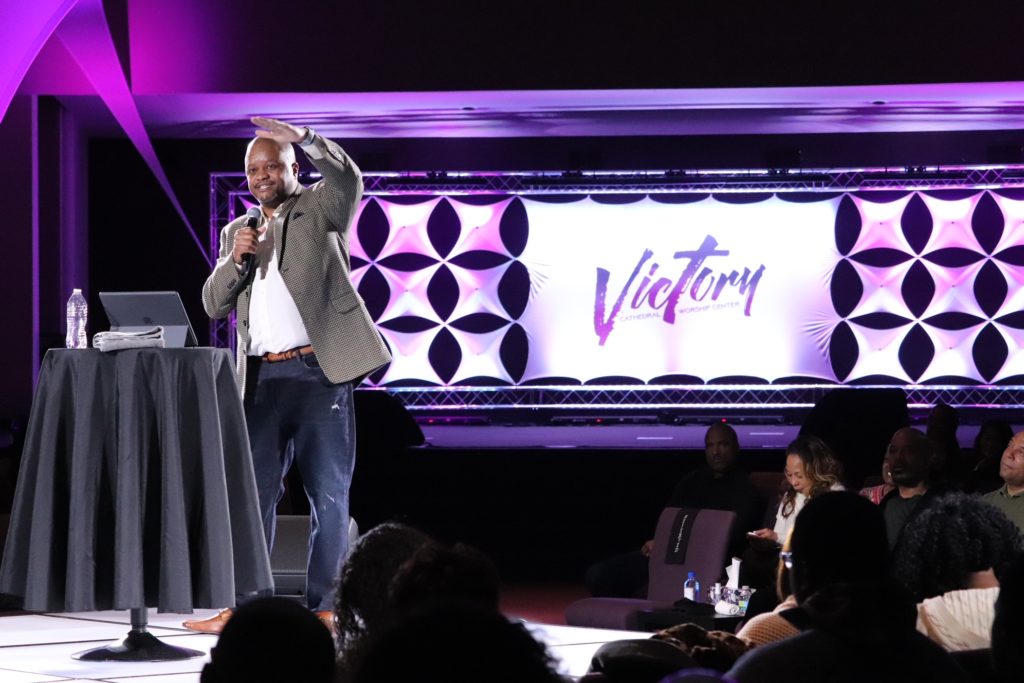 Eugene Gatewood had already been a pastor for 10 years by the time he decided to get his second master’s degree. This led him to Trinity’s Master of Arts in Leadership program where he earned his degree in 2018. Gatewood was there from the beginning as Smokie Norful (’18) founded Victory Cathedral, a Chicago-area church with multiple locations, in 2005.

Gatewood serves as the executive administrative pastor. His job is to not only lead the congregation in spiritual matters, but guide the church to create community through his leadership and practical direction.

A couple of his favorite classes applied directly to his family life and his ministry. Gatewood said that he uses the skills daily that he learned at Trinity, especially from his two favorite classes.

“My favorite class by far was Organizational Dynamics,” Gatewood said. “I don’t know if it was the timing, but everything I learned I implemented real-time. Our church was going through an organizational shift, so we wanted to learn how to implement it better. We would learn it during the week and teach it on the weekend. The class was awesome.”

Gatewood wrote a paper on the balance of work and life through his Foundations of Ethical Leadership class. During his research, he recognized some of the common mistakes that pastors and those serving in ministry can make. This class helped Gatewood learn the value of prioritizing God and his family.

“During the class, I drew from the issue’s paper we had to write,” Gatewood said. “It helped me to prioritize and put God first and at the center. The ministry can replace me, but my son can’t replace me, my wife can’t replace me. My family is my first ministry. Sometimes I had to learn how to say ‘no’ or ‘not right now’ or ‘later’ so that I wouldn’t be out of balance.”

Gatewood’s favorite professors at Trinity were Greg Carlson and Michael Reynolds. Reynolds served as a mentor for Gatewood. He knew Gatewood on a personal level and was invested in his ministry at Victory.

“Dr. Reynolds understood who I was as an individual and understood my role at Victory and how to help apply it in the ministry context,” Gatewood said.

Carlson helped inspire him with his vibrant spirit and served as a role model.

“Dr. Carlson showed me what it meant to be a Christian in the context I want to be in one day,” Gatewood said. “His teaching style and his personality were infectious. I watched how he commanded the class with care and delivered the material with passion.”

The classes and the professors helped Gatewood invest in the materials and gain all of the knowledge he could from each class. Gatewood said he would skim a lot of the materials for his first master’s degree, but the materials he found at Trinity were valuable and encouraged him to invest all of the time necessary to get the best out of it.

Gatewood’s time at Trinity was a time of discovery for him. He learned more about himself and his unique gifts and the specific ways he can serve Christ. He gained confidence in himself and in who God made him to be.