Notes of Friendship Are Sparked Among Trinity’s Computer Science Musicians 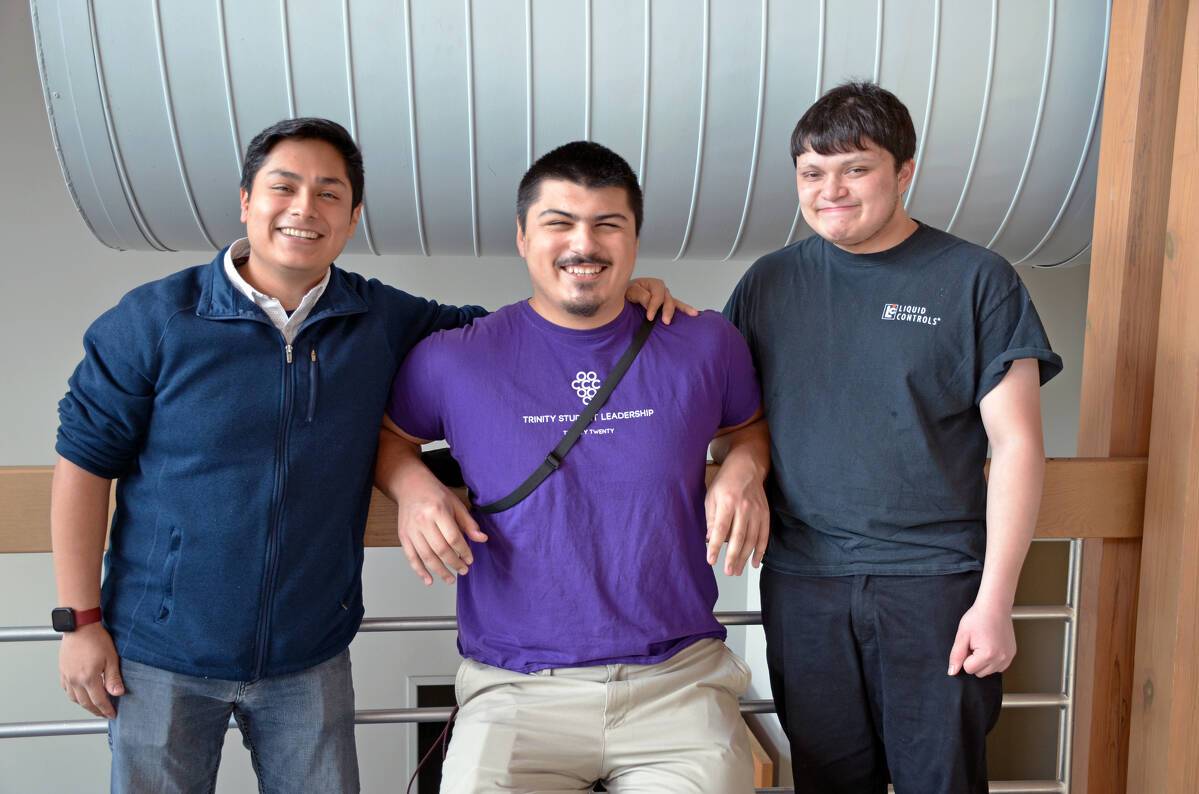 For three friends, studying Computer Science at Trinity International University (TIU) is only part of their college experience. They’re also musicians! From singing in the choir to playing alto saxophone, they have had the opportunity to hone their musical talents and grow in friendship with each other.

Originally, Andrew Dills (Math and Computer Science ‘23) was not interested in computer science, but his mother recognized his skill and interest in math and encouraged him to pursue studying computer science. Now, he prefers programming to math, even though he is double majoring in both math and computer science and minoring in data science. 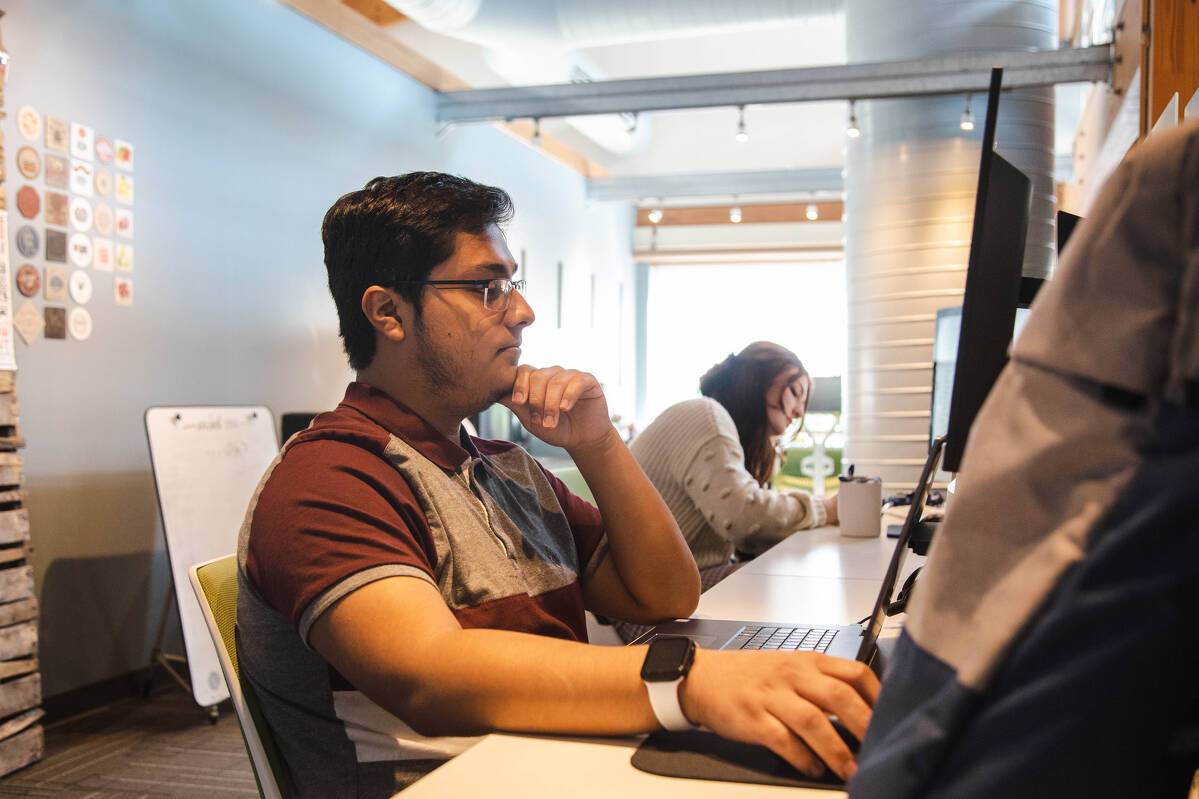 While Jose Rodriguez (Computer Science with a Music minor, ‘22) enjoyed both music and math, he chose computer science as the focus for his future career. He did not start learning how to program until he joined the Trinity computer science major, so the faculty have made a big impact on him. “I learned everything from scratch here at Trinity,” Rodriguez said. “I owe everything to Dr. Ayala.”

Now, Rodriguez has become a valued member of the TIU web development team as a student worker on campus.

“Any class that I have taken with music or computer science, professors have tried to do their best at integrating it with God’s Word.”

Their third friend, Edward Johnson (Math and Computer Science with a Data Science minor ‘22) had other interests in mind when he began his academic journey. Initially, he was studying for an Education in Math degree. When that fell through, he turned to computer science instead.

At Trinity, computer science is more than just learning programming. It involves learning how to integrate faith into work, life, and a future career. Johnson is appreciative of the professors he has had and how they have helped him grow. “Any class that I have taken with music or computer science, professors have tried to do their best at integrating it with God’s Word,” Johnson said.

BUILDING A COMMUNITY ON CAMPUS

Dills, Rodriguez, and Johnson have become fast friends as they pursued their mutual interests in programming and music! Any time they need help with their computer science classes, they are able to reach out to each other and their other friends in the major. They are always ready to help their fellow classmates when they need it, as well.

“I think we have a great community at TIU. We push ourselves and one another. For example, Andrew works in IT, and he’s been helpful for me when I have a question about that subject,” Rodriguez said.

“That’s really what Trinity has been for me,” Dills said. “This is a place where I can grow as a person, alongside and along with the people around me.”

“That’s really what Trinity has been for me. This is a place where I can grow as a person, alongside and along with the people around me.”

While computer science is the main focus of these three students’ academic lives, musical pursuits have given them the space to express themselves creatively. This has provided yet another outlet for them to bond with friends. 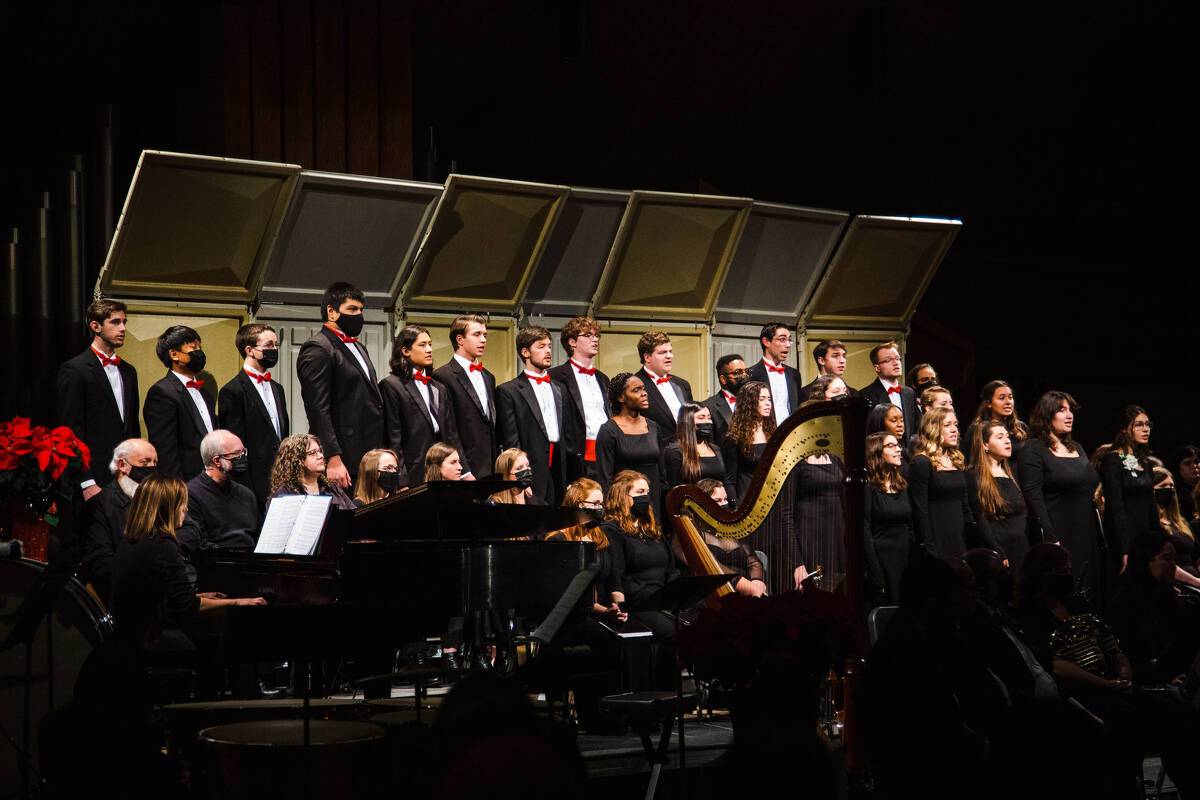 Dills’ deep voice prompted many of his high school peers to encourage him to join the school choir as a bass singer, but it was not until he came to Trinity that he joined the Concert Choir. There, he found a community of friends and a way to express himself through music. He says he has benefited greatly from the experience.

“It stimulates my mind and gives me something to enjoy doing. It’s a creative outlet in order to express myself and be able to enjoy my time here, even while stressing about classes and other responsibilities,” Dills said.

While Dills only recently joined the choir, Rodriguez and Johnson both started playing the alto saxophone in 5th grade through prompting from teachers and parents. Eventually, they made it their own interest and continued to improve their instrumental skills at Trinity.

In 2019, Rodriguez and Johnson joined the Wind Ensemble on an international tour to Europe, where they visited France, Germany, and the Czech Republic. They spent three weeks in a tour bus together, which was a bonding experience.

“Whatever field you go into, if you give it your all and you take the time to bond with people around you, you’ll benefit a lot from that.”

With so many computer science majors having an interest in music, the correlation between the two fields resembles the relationship between math and music. For Rodriguez, it is all about optimization. 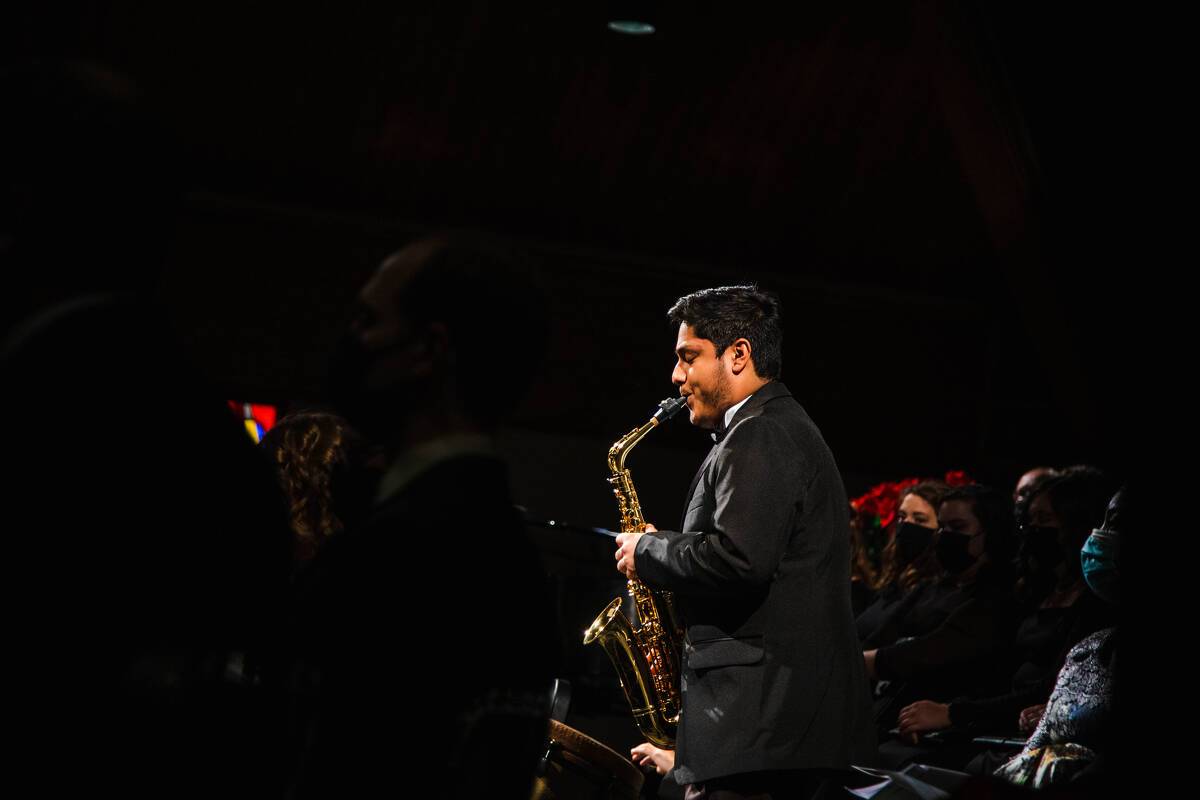 Whether in computer science, music, or any other majors, academic excellence and close community will always be the focus of Trinity college life.

“Whatever field you go into, if you give it your all and you take the time to bond with people around you, you’ll benefit a lot from that,” Dills said.

Begin your journey to build lasting friendships at Trinity.