New Police Chief Carries a Bible and a Badge

The city of Opa-locka, Florida, has a new Chief of Police, Dennis Jackson II. Not only is he the top law enforcement officer for this South Florida city, he also pastors a church and holds a Master of Arts in Theological Studies from Trinity Florida.

Jackson was working as a police officer with the Miami police department when he decided to attend Trinity Florida. “I had just been promoted to sergeant when I got called to pastor, and I realized I needed more theological training. I researched Christian schools that were in the area, and I thought Trinity Florida was the one that best suited my needs.” 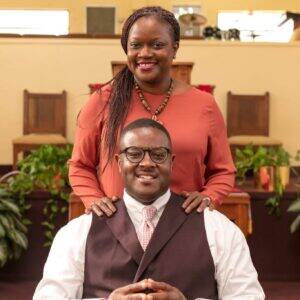 Today, Jackson—a husband and father of three children—pastors the New Mount Moriah Missionary Baptist Church in Miami. How does somebody who is a police chief, pastor, and a family man find time to study in a graduate program?

“Well, you just have to be disciplined,” says Jackson. “The classes at Trinity Florida are on weekends and evenings, so it’s really a good schedule for adult learners to be able to do what’s necessary to gain further education.”

Jackson completed his master’s degree in theological studies, a program that’s part of the prestigious Trinity Evangelical Divinity School. “I gained a lot from Trinity. It shaped my worldview. The professors helped me develop my thought process about how we can minister in the world, even in the workplace, and how we can model Christ. That was very good for me.”

Jackson says he meets many people in ministry and professions who say they would love to complete a bachelor’s degree or get a master’s degree, but they look at obstacles, such as finances, family, and time. Jackson says those factors should not stand in the way, “If I could do it, you can do it. . . . Education is very important, not only for ministry, but just for life—period. And you need to make the time to do it. If you put forth the effort, then Trinity crafts its classes to fit you so that you can be successful.” 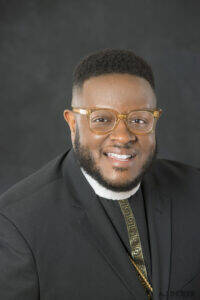 Jackson says it’s important to picture yourself as a graduate, “and realize that it’s worth it. It’s definitely worth it; the relationships that you have in the program, the other students that you interact with and the professors that you have will be mentors, and the relationships that you gain at Trinity Florida will be lifelong relationships. I think education is really the key and very, very important. And Trinity Florida is a school that really works with adult learners to ensure that you are successful and that you meet your goals of getting an education.”

He says he appreciates the integration of faith and learning at Trinity Florida: “There’s a focus on learning, on achieving academically, but also faith is wonderfully intertwined in how Trinity’s professors teach us, whether you’re a seminarian, or an elementary education major, or a psychology major.”

The rich mix of cultures in South Florida, Jackson says, is reflected in the diversity found at Trinity Florida, “I think that’s so dynamic. We have learners from all different countries among our students at Trinity.”

As a busy pastor and a new police chief, Jackson says he’s thankful for the quality of education he received at Trinity Florida, “Some universities have thousands of students, but our classes were more intimate. And your professors at Trinity give you that extra push, that extra guidance, that you don’t get at other universities. That’s what I love about Trinity, and that’s why I believe that South Florida really needs Trinity Florida.”

You can create a new future for you and your family! You can begin today! Learn more about Trinity Florida’s