Moy Mendez | Hope in the City 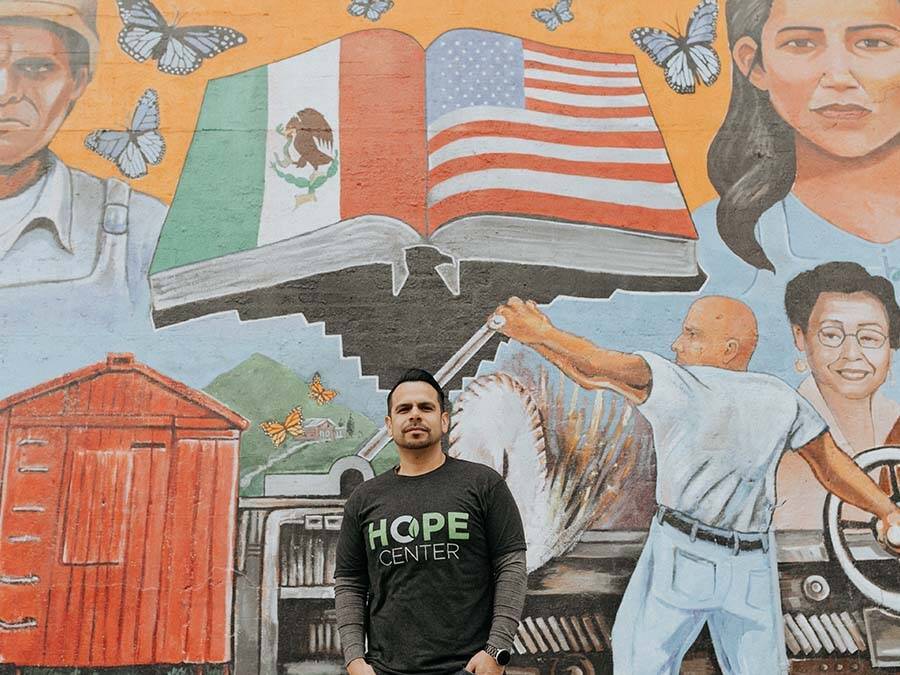 Non-profit executive director Moy Mendez (MDiv ‘15) is using his education from Trinity Evangelical Divinity School to bring hope to Chicago. His five-year-old ministry, the Hope Center, is focused on serving the under-resourced community of Blue Island. Mendez wants to give community members the tools they need to set themselves up for lifelong success.

Mendez always felt a calling to be involved with ministry in some capacity. He was in business school with a successful career when the Lord brought a mentor into his life who had gone to TEDS and encouraged him to do the same. Mendez took the advice, and his life changed.

Mendez had jumped right into a place rich with academic rigor and high standards, where he would learn for the first time how to think critically about theology. Dr. Elizabeth Sung’s class in cultural hermeneutics was particularly influential to him; it taught him to think deep and wide about spiritual formation. “TEDS was transformational for me,” he explained. “I went to sharpen my mind without realizing that God had actually sent me there to sharpen my spirit.”

“TEDS is the place where I learned how to think critically . . . it was transformational for me.”

Latin culture assigns a great deal of respect to authority figures; Mendez struggled to ask his professors questions at first because he didn’t want to be presumptuous. Under the guidance of those same professors, though, he soon became comfortable doing so. Looking back, this major challenge is something he is now grateful for. He says it was “paradigm shifting” to learn how to intellectually spar with others, questioning mindsets in order to better understand them and formulating God-honoring stances on topics and figures of the church.

When Mendez launched his own ministry and became the pastor of a campus, he used the playbook he had gotten at TEDS in order to build up a flourishing community. “We have a focus on community economic development, so I’m using those same tools to help enrich my community not only in practical ways, but also in spiritual ways,” he said.

The networks and friendships Mendez was able to benefit from at Trinity have lasted him beyond graduation as well. One of his good friends is now the head of the C.S. Lewis Institute, and the two are currently crossing paths professionally in their respective ministries.

The Hope Center is important to Mendez because it is a way for him to build bridges in love. In 2020 during the crisis of the pandemic, the ministry was able to resource and service about 10,000 people. The Hope Center focuses on creating and facilitating value in the neighborhood – specifically economic, intellectual, social, and spiritual value. Agriculture, auto mechanics, and technology are the avenues through which they minister to people.

They have an indoor and outdoor garden, and cohorts of students go through and learn the latest on tackling food insecurities by growing their own. Business students involved with the Hope Center teach the cohorts how to formulate plans to sell the food they grow. The garden is an educational one where seedling and weed management, canning, pickling, freeze-drying food, and more is taught. “Hope Garden is meant to not to give people fish, but to teach them how to fish,” Moy explained.

Certified auto technicians teach the community –particularly the vulnerable population– the basics of caring for their vehicles. A computer lab with 3D modeling is available for use, and the designs can be brought to life with the 3D printer. The director is not only an engineer but also a patent attorney, so those interested in taking their ideas to the next level can pursue doing so. The Hope Center wants to help people stretch the limits of their creativity, imagination, and problem-solving skills.

“We need to do a good job connecting Sunday’s worship to Monday’s work.”

Mendez is fully utilizing his TEDS education through the Hope Center. “I love seeing people go through our programs and leave inspired,” he said. “I love seeing people grow.” He says that TEDS prepared him for his ministry by instilling a boldness in him for pursuing his calling. He wants to encourage church leaders to also focus on how they can directly serve those God has placed around them and connect Sunday’s worship to Monday’s work.

Trinity is grateful for alumni who are doing the Lord’s work in the world, and committed to continuing to train up students with theological training that is both sound and bold.