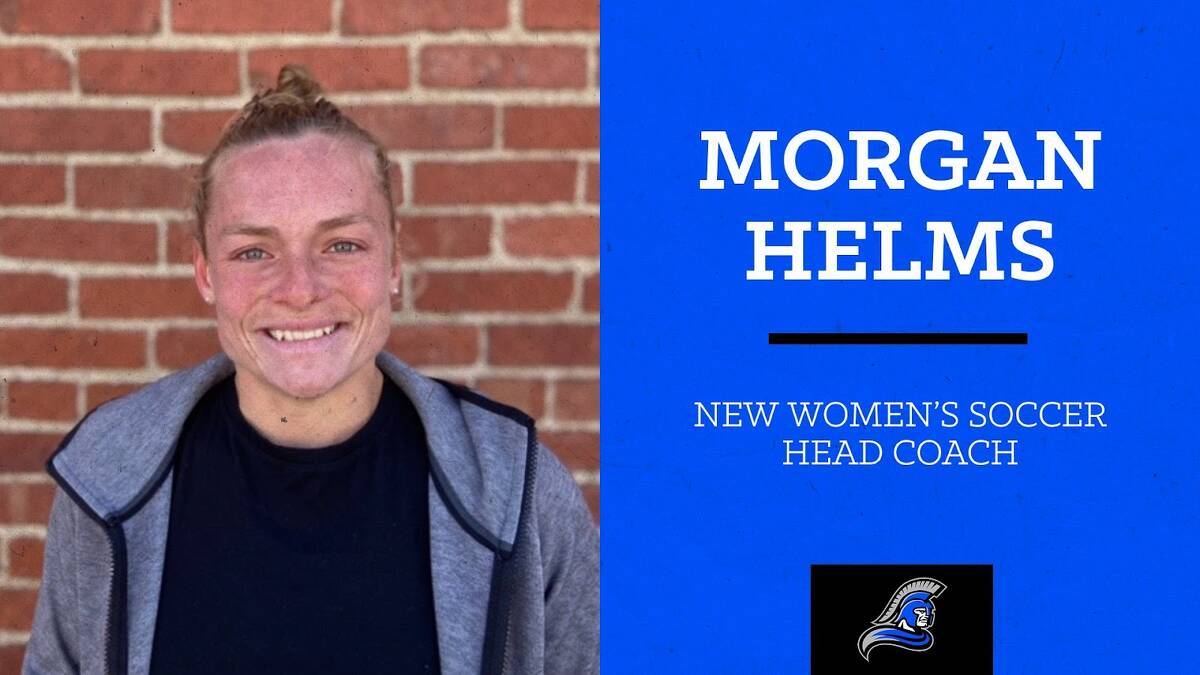 “I am thrilled to have Morgan back at TIU. As an alumna of the women’s soccer program, she recognizes that coaching soccer is so much more than success on the field,” Logue said. “She understands how to develop and mentor student-athletes in skills they need to succeed not just on the field, but years from now after they’ve moved on from their days as a collegiate athlete.”

“As an alumna of the women’s soccer program, she recognizes that coaching soccer is so much more than success on the field.”

Helms comes to Trinity after three seasons as the head coach at Sterling College, an NAIA institution in Sterling, Kansas. There, her priority was developing a team culture that was uniquely different by emphasizing excellence on the field and off, while integrating faith in Jesus Christ and investing in player relationships. Regarding individual and collective growth, Helms saw progress in academic success, athletic performance, team unity and personal growth in her players’ relationships with Jesus. As a young team, Helms was building the program she desired through intentionally recruiting not just talent on the field, but individuals who would fit both her program’s desired culture as well as the greater culture of Sterling College.

Prior to her time at Sterling, Helms served as the assistant coach at Union University during the 2018 season where her primary responsibilities were individual player development and team culture.

Helms received her collegiate coaching start at Trinity International University as graduate assistant during the 2016 and 2017 seasons. While earning her Masters of Organizational Leadership at Trinity Graduate School, Helms served the women’s soccer team in a variety of capacities, including developing and improving the team’s set pieces, working with the attacking positional group, and mentoring individual players. During her time as graduate assistant, Helms helped the program to earn a postseason berth at the NCCAA National Tournament in Kissimmee, Florida. She also served as the Head Coach for the Christian Liberty Academy girls varsity soccer program in 2018 during the Trojans offseason.

Helms first stepped on Trinity’s campus as a freshmen in 2012 where she began an illustrious career as a four-year starter for the women’s soccer team. She helped to lead the program to two CCAC Tournament Championships and three consecutive NAIA National Tournament appearances. During her decorated career as a player, she earned NAIA All-American Honorable Mention twice, NCCAA All-American twice, NCCAA North Central Region Player of the Year and the title of NSCAA Scholar All-American.

“From my time as a player at Trinity, where my passion for coaching began, to being led away from Trinity, and now to be brought back to where it all started, God has been in the midst of it all.”

“I am honored and humbled to accept this role as head women’s soccer coach at Trinity,” said Helms. “I am amazed at God’s faithfulness, as he has been evident in every detail leading up to this. From my time as a player at Trinity, where my passion for coaching began, to being led away from Trinity, and now to be brought back to where it all started, God has been in the midst of it all. I want to thank Heather Logue and the Trinity administration for giving me this opportunity, and Coach Gilliam for the ways he has not only impacted me through this program, but the legacy and culture that he built that I get to step into and lead forward. I am excited to give back to the school and program that gave so much to me as a student-athlete academically, athletically, and spiritually.”