Great Is Thy Faithfulness: The Trinity Story 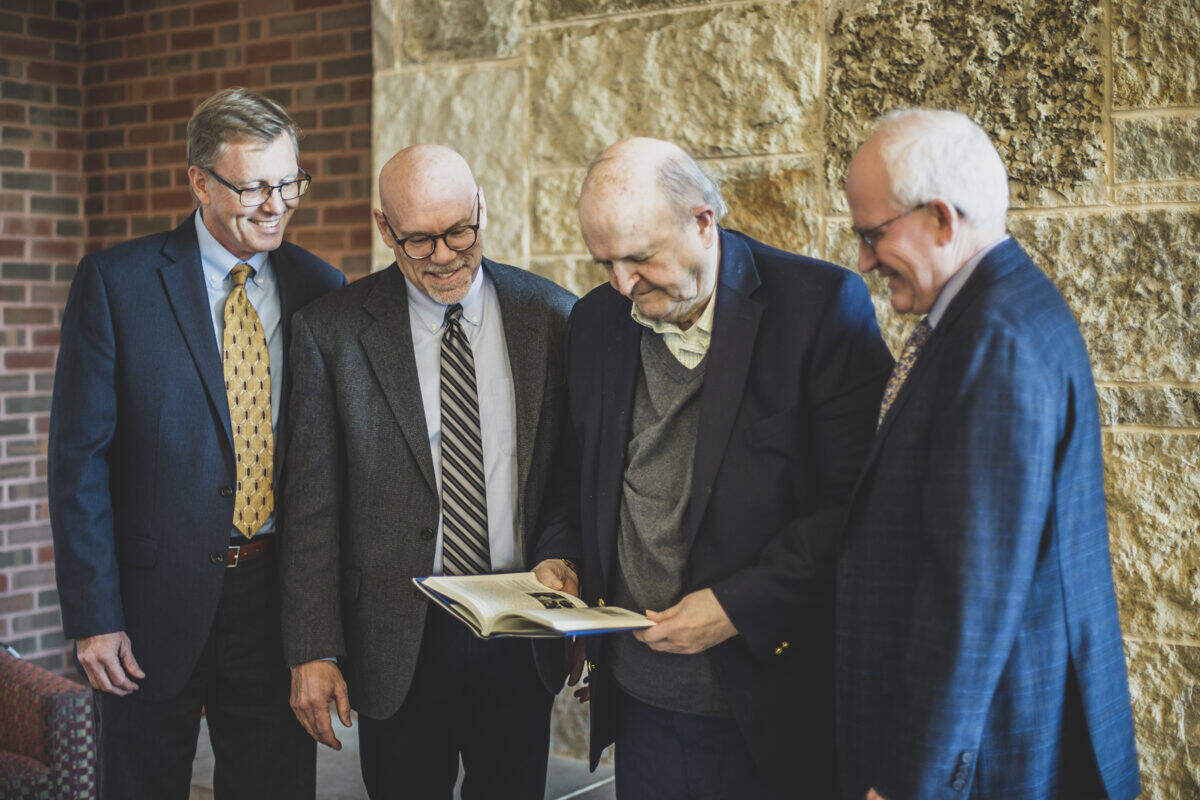 “What has been true of Trinity for 125 years?” asks David M. Gustafson, associate professor of Evangelism and Missional Ministry and Mission and Evangelism Department chair at TEDS. “First, God is faithful and has been faithful to this place. Second, there has always been and continues to be an unwavering commitment to the authority of the Bible, as well as a deep dependence upon the Holy Spirit.”

The Trinity community is well familiar with the sweeping arc of this story: starting from humble beginnings in a church basement in 1897, Trinity’s journey is one marked by God’s faithfulness.

Great Is Thy Faithfulness: The Trinity Story, which is set to be released officially in November, was written precisely to exalt God’s faithfulness. In so doing, the book also shows that evangelicalism around the world bears the indelible marks of the University, which has been at the center of evangelical church life for decades. Trinity professors John D. Woodbridge, David M. Gustafson, Scott M. Manetsch, and Bradley J. Gundlach came together to co-author the history of this 125-year journey.

Trinity’s students, faculty, and staff —past and present— form an integral part of that legacy. With each passing year, the University is adding to this narrative, and to the impact Trinity has made for more than a century. Throughout the span of its history, Trinity has prepared nearly thirty thousand alumni for the marketplace and ministry around the world.

“The fact of the matter is that Trinity exists and has always existed at this intersection of human talents and human frailty, upheld by divine mercy and God’s faithfulness to us.”

The University’s 125th anniversary celebrates, first and foremost, the faithfulness of the triune God. Second, empowered by that grace, it celebrates the faithfulness of Christian men and women who have devoted their time, efforts, energy, and resources to supporting Trinity’s mission of educating students to engage in God’s redemptive work in the world by cultivating academic excellence, Christian faithfulness, and lifelong learning.

Given its impact on the mission of the global church, it is no overstatement to say that the Trinity story is one of an extended miracle. This is not only in respect to the far-ranging geographical scope of Trinity’s influence but also the distinctive quality of its stamp, as this has been brought to bear on the lives and minds of its graduates since 1897.

“The fact of the matter is that Trinity exists and has always existed at this intersection of human talents and human frailty, upheld by divine mercy and God’s faithfulness to us,” notes Gundlach, Distinguished Professor of History and the chair of Trinity College’s Department of History.

As evangelicalism seems to be undergoing its own reshaping today, Trinity occupies a critical educational space —where Christ-honoring lives are formed— as an institution firmly planted at Jesus’ feet, all the while submitting to the truth and authority of God’s Word. The whole of the Christian life must be made to rest not on any set of activities (or experience or ideology) but on the fulcrum of the gospel as it is revealed in Scripture. As Trinity supports the church, it embraces the challenges of staying focused on a gospel-centered education.

Trinity has made its mission not just to serve the church but to embody the gospel at its very best. This remains the case today, and as the University looks forward, it will continue to be the case, by God’s grace, for years to come.

In looking forward to what’s next, emeritus professor of New Testament D.A. Carson writes in the book’s afterword that despite the shifting priorities that stand out in Trinity’s history, “it would nevertheless be a mistake to ignore elements of the stable vision that shaped that history.” He goes on to highlight three of them:

“For 125 years Trinity has remained faithful to the Word of God, anchored by the faithfulness of the church and by God’s grace,” writes Trinity President Nicholas Perrin in the book’s postscript. “When a sequel to this book is written 125 years from now, may it also tell a story of men and women who lived and taught as those entrusted with gospel.”

Great Is Thy Faithfulness

Be a part of the Trinity Story and Legacy