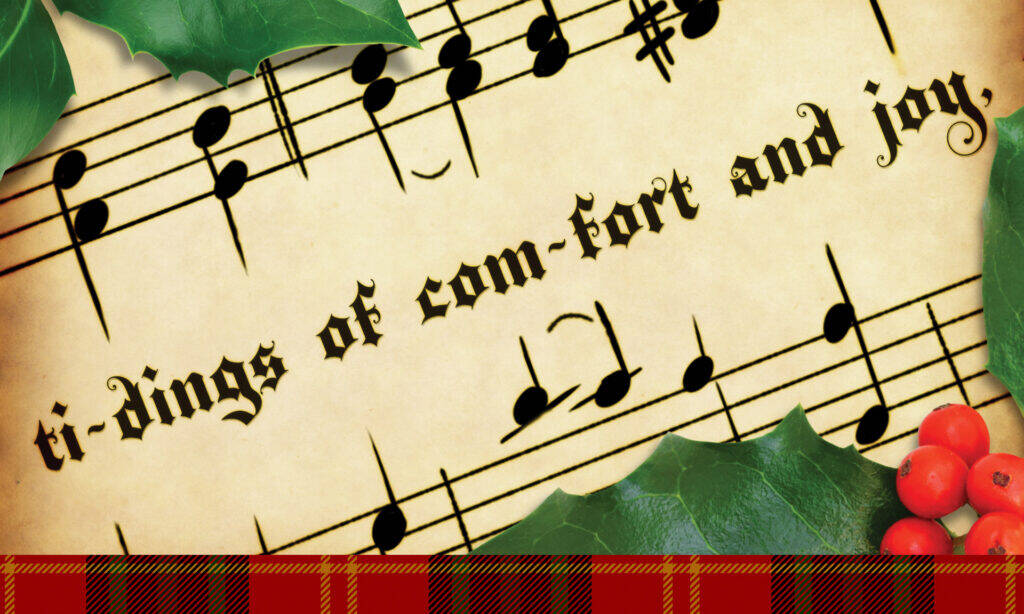 BACK IN THE DAY, the Gospel of Luke tells us, the archangel Gabriel appeared to Mary announcing that she would give birth to the Messiah and Savior of the world. In responding to this amazing pronouncement, Luke also tells, she was “much perplexed” (New Revised Standard Version) or, as another translation puts it, “deeply disturbed” (Luke 1:29). The translation “much perplexed” draws attention to the fact that Mary had—let’s just say—a lot to process. On the other hand, the translation “deeply disturbed” brings home that as wonderful as this news might be, this young Jewish girl, equivalent in age to one of today’s eighth-graders, would have instantly recognized that the realization of such good news would come at a certain personal cost.

When Mary asks Gabriel just how it would be physically possible for her as a virgin to bear a child, the angel obliges her with this answer: “The Holy Spirit will come upon you, and the power of the Most High will overshadow you . . .” (1:35). While Gabriel’s explanation may have helped resolve the question of Jesus’ origins (“Conception, Immaculate” was not an index entry in Mary’s Junior High biology textbook!), it did nothing to explain just how she was supposed to explain her virgin pregnancy to her small-town community.

Though Mary was obviously convinced that she had in fact conceived by the power of the Spirit, just as Gabriel had said, she was probably far less confident of others’ reactions were she, say, to trot out that same explanation to her extended family or to invited company at the upcoming gender reveal party. For the rest of her teenage years, if not for the rest of her life, Mary’s life would be measured out by judgmental glares, gossipy whispers, and social shaming—and that from the very people she had grown up with.

Again, as exciting as Gabriel’s news was so far as God’s purposes were concerned, such good news also entailed a very significant lesson for the young girl, namely, that our obedience sometimes requires our own social marginalization or even public humiliation. Yet the gospel reminds us that this cost is but a small thing when compared to the reward that awaits us. For her part, though paying a heavy price for failing to live up to the social norms of her community, Mary is still able to exclaim with praise, “For He has seen the humiliation of His maiden” (Luke 1:48, Berean Literal Bible, adapted). God sees Mary, and for Mary that is enough.

When Jesus Christ came into the world two thousand years ago, he came into the midst of a shameful set of circumstances. In the strange sovereignty of God, Jesus’ mother had acquired the reputation as the town tramp, while the infant Jesus himself was made to lie in feeding trough repurposed as a makeshift crib. Of course, as an adult Jesus would go on to endure much more severe shame, the ultimate humiliation of Roman crucifixion. Luke’s cradle-to-cross story reminds us that part of the deal in following a crucified messiah is a willingness on our part to shoulder shame alongside Jesus.

There are days, more than I care to admit, when I say I want to follow Jesus but, push comes to shove, I’m really not interested in carrying his cross, that is, by engaging in Spirit-responsive but potentially socially unacceptable behavior. There are also days when I say I want to be conformed to the Man of Sorrows (you know, the one from whom others turned their face) but then am unwilling to endure the scorn that sometimes goes with following God’s lead. On those days, I need to be reminded of what Mary learned, namely, that when God gazes upon our obedient humiliation, he sees us in a way that world will never see us.

As I reflect on a world that increasingly obsesses over peer approval while dealing out ever harsher punishments to the non-conforming, in a world where more and more religious and secular institutions seem to be falling back on top-down coercive policies or bottom-up shaming practices to ensure social conformity to an ever-shifting set of norms, my mind goes back to Mary. I think of her courageous decision to focus on God’s call on her life and, as part of that call, to rise above whatever social humiliation followed that obedience. Mary’s story is preserved for Christ-followers because her story of obedience in the face of finger-pointing is also our story—or should be.

Every year at Christmas we celebrate Jesus’ coming into the world. In case there’s any doubt, the very first Christmas had much more to do with the uncomfortable business of being on the receiving end of judgmental glares than anything you might find in a snowy Thomas Kinkade scene. Somewhere along the way we have taken the uncomfortable truths of Christmas and made them comfortable. Somewhere along the way we have domesticated the gospel itself.

In this light, my Christmas prayer for Trinity is twofold: First, giving thanks that God has used Trinity over the years to galvanize the faith of countless students, I pray that by God’s grace our currently enrolled Trinity students might rest in Mary’s discovery that God sees us and that therefore we never need to be ashamed of the gospel. Second, giving thanks that Trinity community has year-in and year-out been not a perfect but a gracious space, I pray that Trinity might increasingly grow as a worshiping, mentoring, and bridge-building community so that Trinity students might sense more and more freedom—through prayerful reflection and study of God’s Word—to arrive at and assert their own convictions without shame.