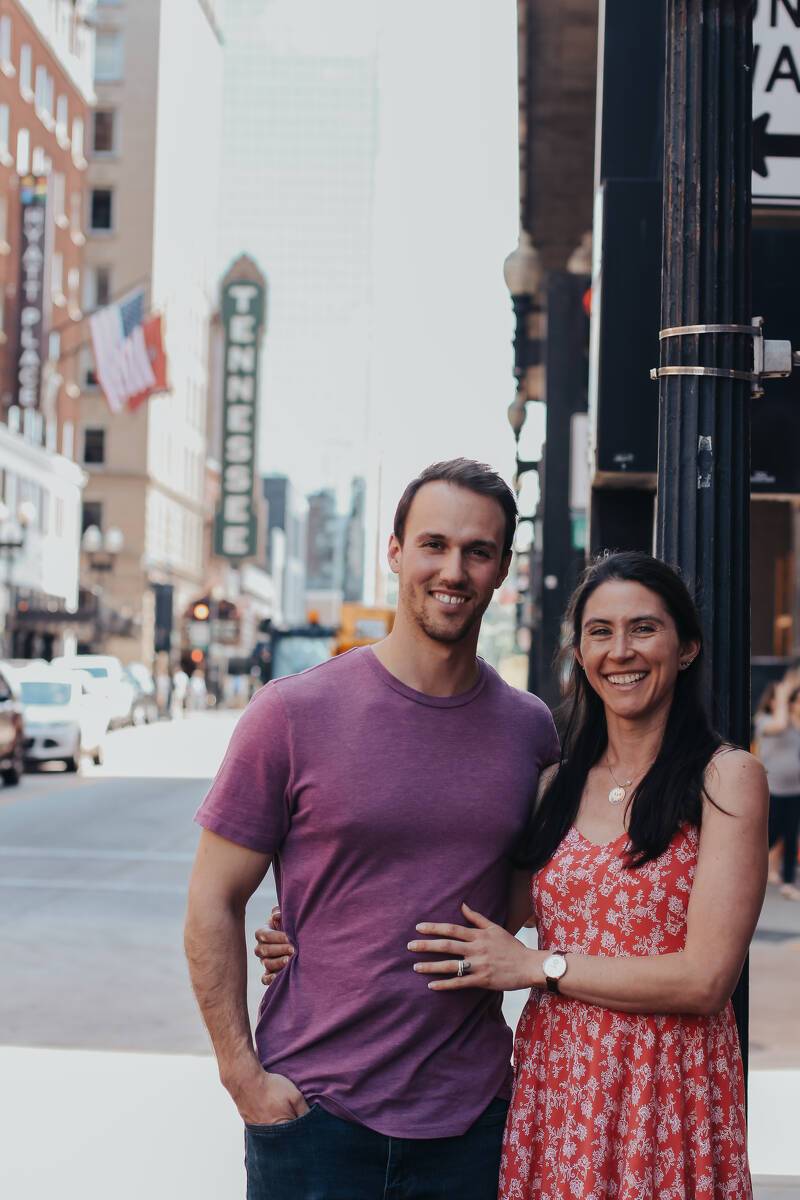 Mission work was always on Charley Dever’s (MDiv ’20) radar growing up, but not necessarily planting a church. “I received my bachelor’s degree in public health and epidemiology thinking I would go on to graduate school to become a chiropractor,” says Dever. “You can imagine my surprise when God called me away from alternative medicine to become a pastor who would care for people’s spiritual condition instead of their physical one.”

Charley says that his master’s degree in divinity from Trinity Evangelical Divinity School (TEDS) equipped him with the skills needed to step into that calling. He and his wife, Nichole, moved to Knoxville, Tennessee in 2019 to plant Hope Church, a family of organic communities that help people know Jesus and participate in his mission. “I see myself more as a missionary than a pastor,” says Dever. “I certainly have pastoral gifts and use them to lead our communities, but I’m primarily called to the unique mission of church planting.”

“You can imagine my surprise when God called me away from alternative medicine to become a pastor who would care for people’s spiritual condition instead of their physical one.”

Knoxville has a very dense church presence with over 800 churches citywide and some 100 solely in the downtown area where Charley ministers; however, regular attendance is low. “A large local church conducted a survey that found only 18 percent of residents attend church once a month or more here, which is lower than the national average of about 40 percent,” says Dever. “In the urban core where we live and minister, it’s a mere 5 percent, so it was obvious this was an area where we could come alongside God in his work.”

Unfortunately, the pandemic hit right when Charley and his team were ready to hit the ground running. “We had to change our focus to not be centered around teaching and worship, but more on community and engaging with others regularly since people could not or would not gather in larger crowds,” says Dever. “That led to our first house church and paved the way for the model we have today. We currently have two house churches, and both are on the verge of multiplying, which is very exciting.”

Charley is also rethinking how people engage within a church and how to effectively reach people who may be looking for community or a mission to be part of more than a worship experience. “Most churches operate like a building with people gathering in the largest room for worship and teaching, but very few enter the smaller rooms where they can engage, serve, and use their spiritual gifts,” says Dever. “Hope Church operates more like a pyramid where we first invite people into community and mission as the foundation and then encourage worship and Bible study as a response to what they are learning and experiencing.”

“TEDS was very intentional about bringing together professors, pastors, and students who had different viewpoints across the evangelical spectrum for theological conversations rooted in love and respect.”

Trinity was instrumental in demonstrating to Charley how differences do not need to lead to divisiveness inside or outside the church. “TEDS was very intentional about bringing together professors, pastors, and students who had different viewpoints across the evangelical spectrum for theological conversations rooted in love and respect,” says Dever. “I’ve talked to church planters who went to other seminaries and didn’t have those types of discussions or experiences. These experiences have become such an asset in what I’m doing today.”

Urban ministry comprises a mixture of people, and Hope Church seeks to reflect that diversity in all they do. “Our leaders are very different from each other. Many of them teach differently than I do and talk about scripture differently than I do,” says Dever. “We never want to lose our willingness to engage with someone who sees the world differently than we do. That is one of the most important values I learned at Trinity.”

Learn more about the Master’s of Divinity degree from Trinity: