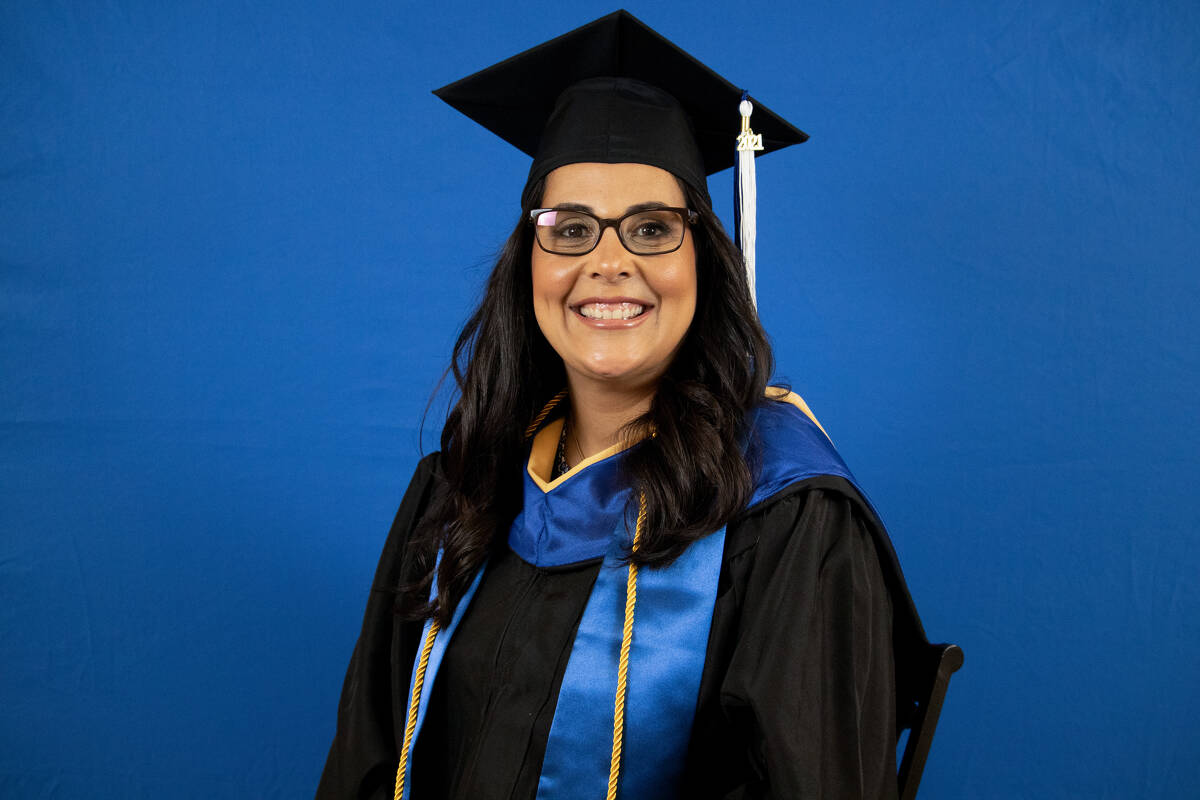 Church was not really important to Carla Ginebra de Garcia when she lived in the Dominican Republic. She recalls, “I was an altar girl at my church school, but I never had a real relationship with God.”

Carla’s family immigrated to the United States when she was a teenager. Despite not knowing English when she arrived in Florida, Carla graduated from high school, took ESL classes, and began a degree in criminology at a nearby college. When she was hired as a police officer, she dropped out of college. She wanted to finish her degree, but when her mother died, Carla again dropped out of college.

“I thought that as a police officer, I could control everything. I wore a badge and a uniform, and I thought I might be Wonder Woman!” 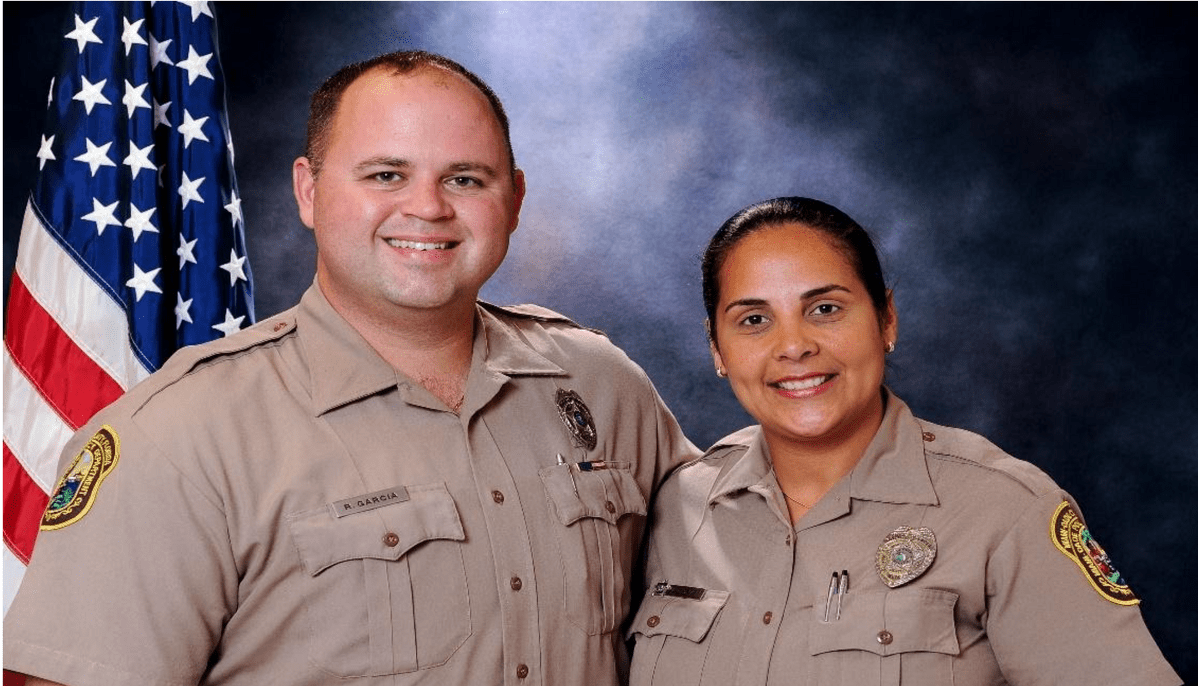 Carla enjoyed working as a police officer. Then three events shook up her world and showed her that she was not as powerful and self-sufficient as she thought.

“First, my son was born with pediatric glaucoma and needed immediate surgery when he was just a week old. I felt upset with God. But he kept his eyesight, and through this scary time, I learned gratefulness.”

Carla’s first marriage had ended in divorce, and this newborn son was with her second husband.  The trauma with her son’s eyesight was emotionally draining for both of them. Life went on, but seven years later, they faced an even bigger challenge in their marriage.

Amazingly, Carla’s husband said, “We can get through this. You’re the mother of my children, and we’re going to walk through this together.” She says, “That’s when I learned about forgiveness.”

The third event happened at her job. Carla’s supervisor told her to cover up an incident on a report. “I should have said no, but instead, I lied on the document. I felt guilty for about two months, until I went to the Internal Affairs Department and told them the truth.” Instead of resolving the situation, Carla was ostracized by her colleagues. “They made it seem like I was the bad person in the department for exposing the corruption, and it made my journey quite a challenge.”

One morning at sunrise, at the end of her rope, Carla cried out to God, “Where are you? I know you brought me through the trauma with my son, and you restored my marriage, but why, why, WHY am I going through all this at my job?”

Carla went to her police car and turned on the radio. She heard a female announcer’s voice say, “God is going to send you angels, but you need to really seek the Lord. You need to really surrender your life to him.” 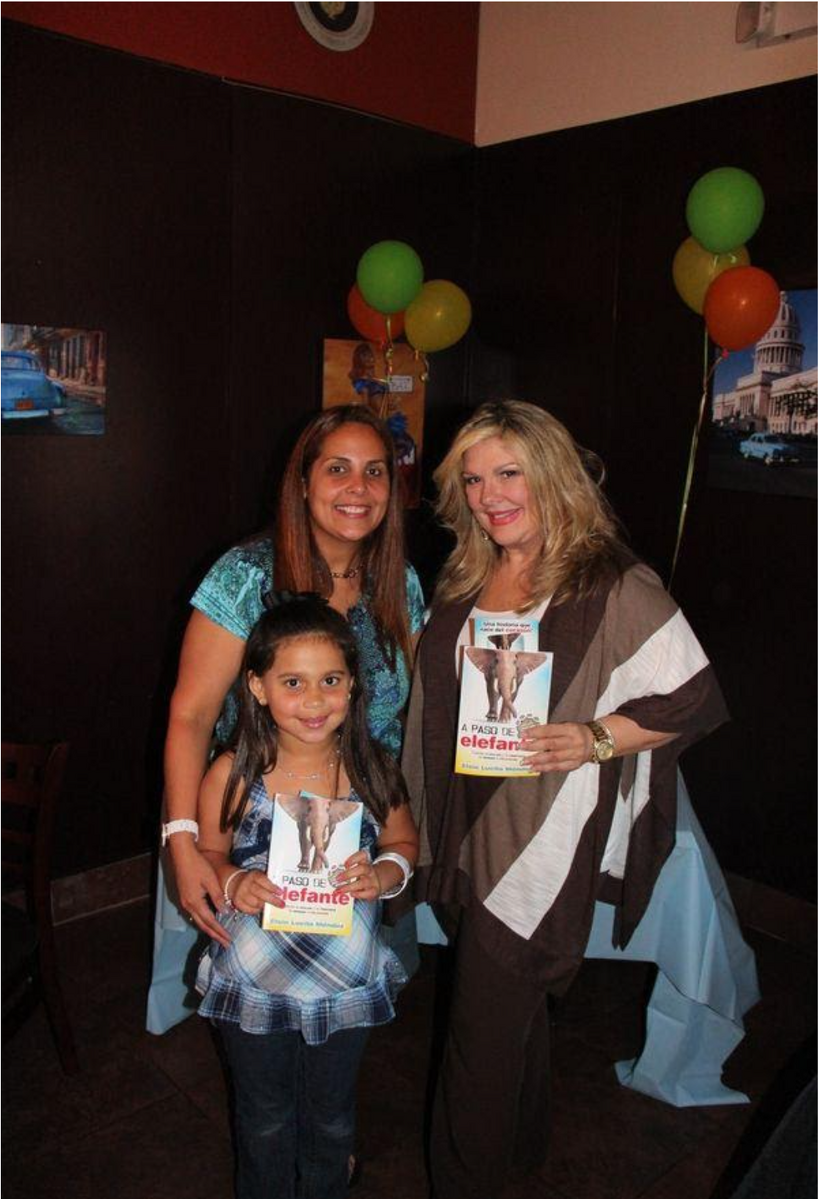 Carla drove to meet the woman whose voice she had heard on-air. She was doing a book launch at a local restaurant in Miami and she was sharing her testimony. “Right there I surrendered to the Lord. I couldn’t stop crying. I felt so released and free!”

Carla’s life was changed that day, and her husband received Christ as his savior six months later.

It wasn’t long before Carla started a Bible study group for women like herself who work in law enforcement, the military, or as first responders. She called the group The Blue Line Angels.

The group was successful, but Carla hungered to know more about the Bible, in order to teach others, without having to rely on using videos from other women teachers.

One day at a community breakfast for Christian professionals, Carla met a staff member from Trinity-Florida. “I was wearing my police officer uniform, and I told her about the ministry that I had started,” Carla said. “She gave me some good advice. She said, ‘I don’t know how you do all this, but you should go back to school to learn how to run a nonprofit organization.’”

Carla and her husband both had busy jobs, and two children, so the thought of her going back to college sounded overwhelming, but Carla pursued it anyway.

“I wanted to be obedient and walk by faith, and the classes were really convenient because it was just one course at a time.”

Carla found the TIU-Florida schedule was flexible and efficient. “Each course went for about one month. It was excellent, because I could do it on my schedule,” she said. “And doing the research and reading gave me new discipline in my life, and I learned a lot.”

Carla swiftly completed her BA in Christian Ministries at Trinity-Florida and then started an MA in Leadership. “I took my homework very seriously, and I know it was the Holy Spirit motivating me to do it. I wanted to be able to teach women the Word of God.”

As Carla gained knowledge, she expanded the Blue Line Angels to include spouses and family members of police officers. “God just kept pouring out his blessing and bringing people, so we opened it to include men, and my husband began teaching the Bible to the men.” 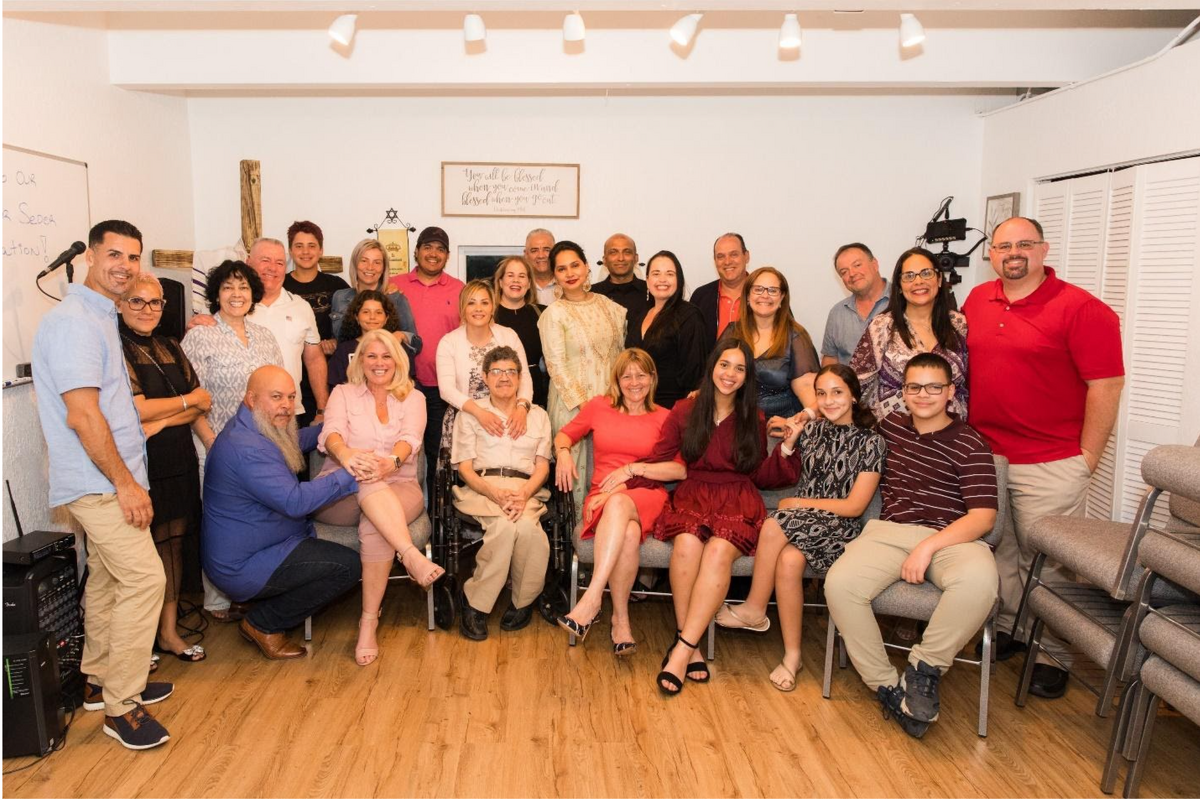 Carla held three large simulcast conference gatherings for The Blue Line Angels and a conference for men and women just before the pandemic. “My education at Trinity-Florida made me bold and ready to do greater things for God.”

Earning her MA in Leadership equipped Carla to lead her organization. “What I love about TIU-Florida is that they teach you leadership from the example of Jesus,” she said. “We look to him as our example to follow in leadership.”

After graduating with both degrees from Trinity-Florida, Carla says the pandemic didn’t slow down their ministry. She and her husband have rented a gathering space to host Bible studies in, and they are already looking for a larger place where they can expand their ministry to children and youth.

They have recently started a Spanish Bible class for women, taught by another TIU-Florida graduate of the MA in Leadership program. The Blue Line Angels ministry is having a global impact. It supports two orphanages in India, as well as eighty people around the world who are a part of Carla’s online teaching chat group. This is all happening while Carla and her husband work full-time in law enforcement.

Carla often talks about the professors at Trinity-Florida and how they prepared her to run a ministry by integrating faith and learning with personal experience and the word of God. “They were very compassionate, gracious, and merciful with the students,” she said.

At Trinity-Florida, Carla said she was grateful to learn not only from the professors, but from her fellow students. “We all have the desire to find and fulfill the calling that we have from God,” she said. “No amount of money would be too much to pay for that.”

“We were in small classes, and the TIU-Florida professors gave me an opportunity to connect with them and with my fellow students. Those relationships did not end when I graduated.”

Today, God is blessing Carla and her husband and bringing many people to the Blue Line Angels ministry. “If you had asked me a few years ago, I wouldn’t have believed this could happen,” Carla said. “And I don’t regret any of the challenges in my life, because they have helped me relate to the women who I minister to and understand what they’re going through.”

Carla is excited to hear that Trinity-Florida is reaching out to South Florida through Christian radio, and she prays that God will speak to many more people through the airways in the same way that he spoke to her when she needed it most.

“If we’re faithful in the little things,” she says, “he will give us opportunities to do greater things in the future.”

Interested in exploring where faith can take you? Learn more: