Bicycles, Snorkels, Redemption, and the Air and Water Show: An Adventure with Dr. Firestone 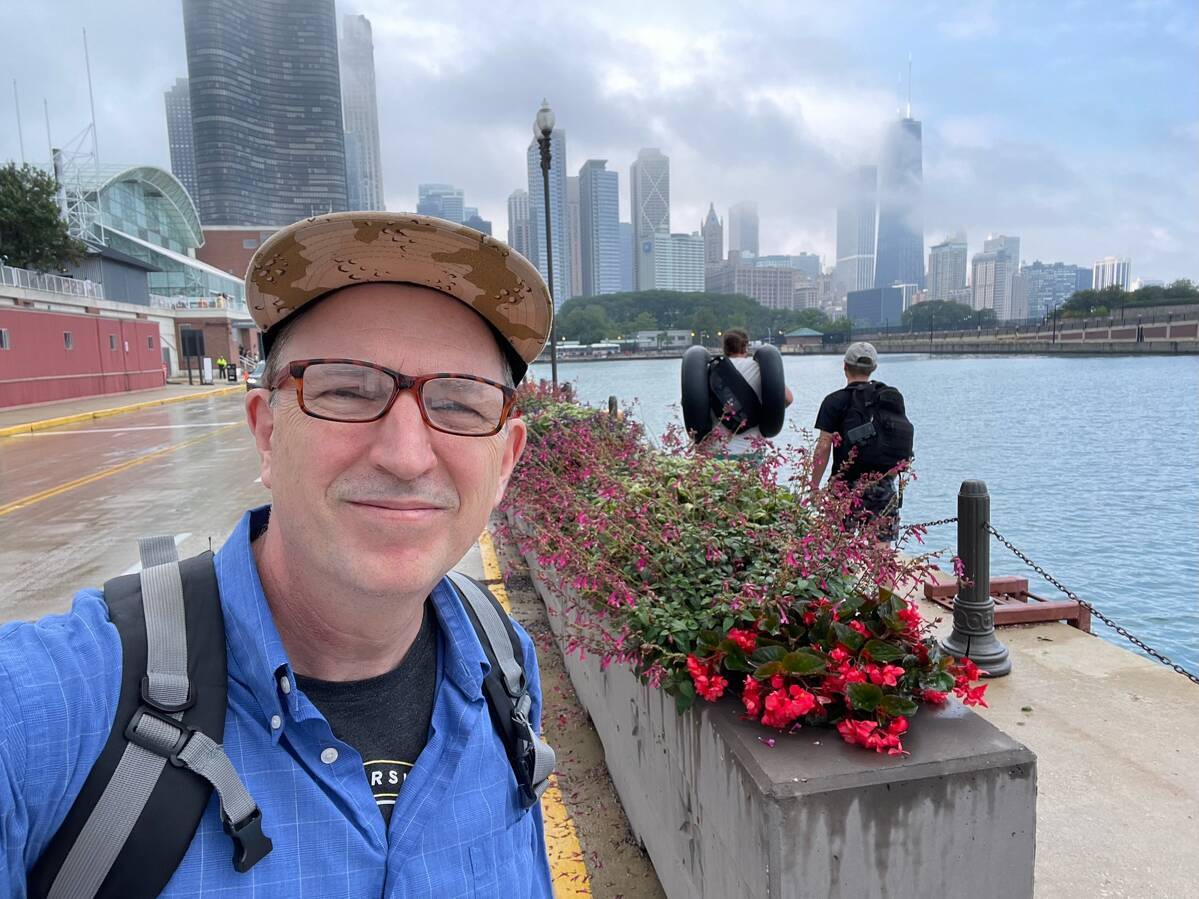 Losing a bike to the bottom of Lake Michigan would be a great disappointment for any college student, but for the members of Trinity’s future Bike Club it led to a great adventure.

This past winter, Trinity College student and soccer team goalie Armin Mahmutovic (Criminal Justice ‘25) lost his bike in downtown Chicago when it fell off the edge of the Navy Pier into Lake Michigan. “It was very heartbreaking,” he said. “I lost my bike and nearly my life.” It appeared that the bike might be lost forever until this summer, when Trinity’s Philosophy Chair Dr. Chris Firestone stepped in to help. “A plan emerged,” Armin explained, “and the rest is history.” 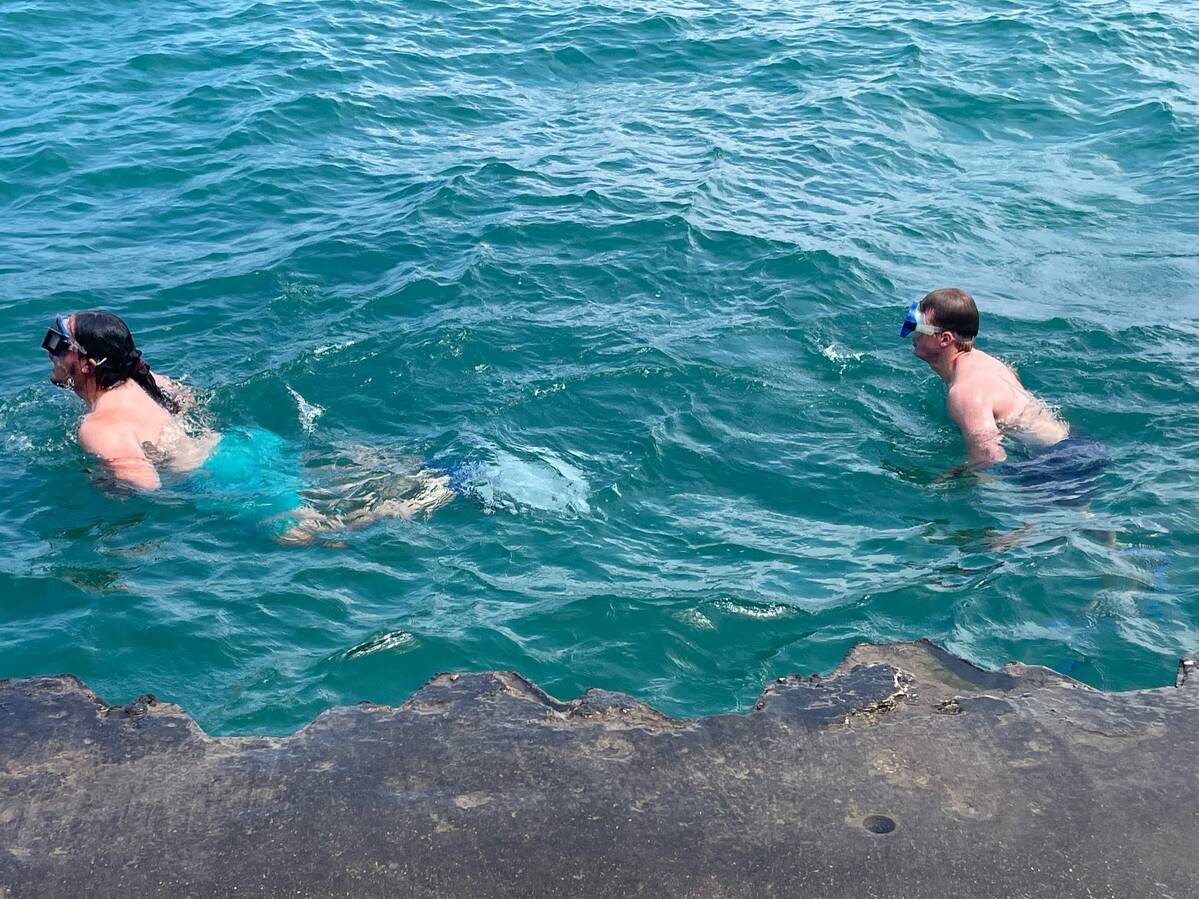 Optimistic about their chances of finding the bike, Dr. Firestone drove Armin and fellow Bike Club member Skylar Drinka (BA/MDiv ‘26) downtown, equipped with snorkeling gear, inner tubes, and rope. Finding the location where the bike had been lost, they dove in one at a time to begin their search. Meanwhile, a crowd gathered on the pier to watch the Chicago Air & Water Show taking place overhead.

With jets flying by and no sign of the bike, they began to lose hope until Dr. Firestone suggested diving in a slightly different location. Shortly after, Armin found a bike lock! Once they succeeded in dragging it ashore, it became clear that Armin’s bike wasn’t the only one recently swallowed by Lake Michigan– they had rescued a Divvy Bike. “It was crazy when Professor Firestone actually did find a bike. Then all that was left was to have me dive in, tie a rope to it, and pull it out easily,” said Skylar.

Unfortunately, Armin’s bike was never found due to the poor water visibility that day, but none of them will forget the experience of finding it together. “I truly loved and valued every moment,” Armin said. “Having a professor like Dr. Firestone truly made my time at TIU so much better and I know that I have a professor willing to go above and beyond to connect with his students and be there for them.”

“I know that I have a professor willing to go above and beyond to connect with his students and be there for them.”

Dr. Firestone spoke on this adventure and its meaning to him in chapel. Pulling inspiration from the second chapter of Dr. Bonhoeffer’s book, Life Together, he picked up where President Perrin left off, continuing the series by discussing what it means to be a unified community, set apart by Jesus Christ. Dr. Firestone mentioned the importance of acknowledging that this is not possible in our own strength, but by God’s, for he who promised is faithful. “At the end of the day,” he said, “if we are not right with God, then we cannot be right with each other.” 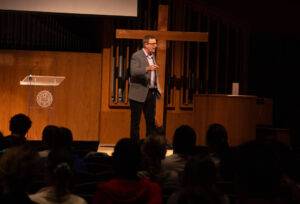 The scripture for the day, Hebrews 10:23-25, posed the question of how we may spur one another on toward love and good deeds. Hebrews 10:25 provides the answer: “by not giving up meeting together, but encouraging one another.” Dr. Firestone offered a reminder to the Trinity College community of the vitality of heeding the advice of Hebrews “if we want to be unified and set apart as God’s people.” He emphasized that trips such as the one he took with the Bike Club are an example of this shared life and that seeing faculty and students work together toward a common end is something he hopes to see more of this semester.

“At the end of the day, if we are not right with God, then we cannot be right with each other.”

Just as Dr. Firestone fostered a sense of community for his Bike Club that day, it is of continuing importance to him and his fellow faculty members that all Trinity students are a part of a Christian community and are able to have genuine experiences with those around them. As part of this goal, Dr. Firestone will be participating in a faculty “In-Residence” Program, where a few faculty will take up living on campus for extended periods of time in an effort to better cultivate mentorship opportunities. 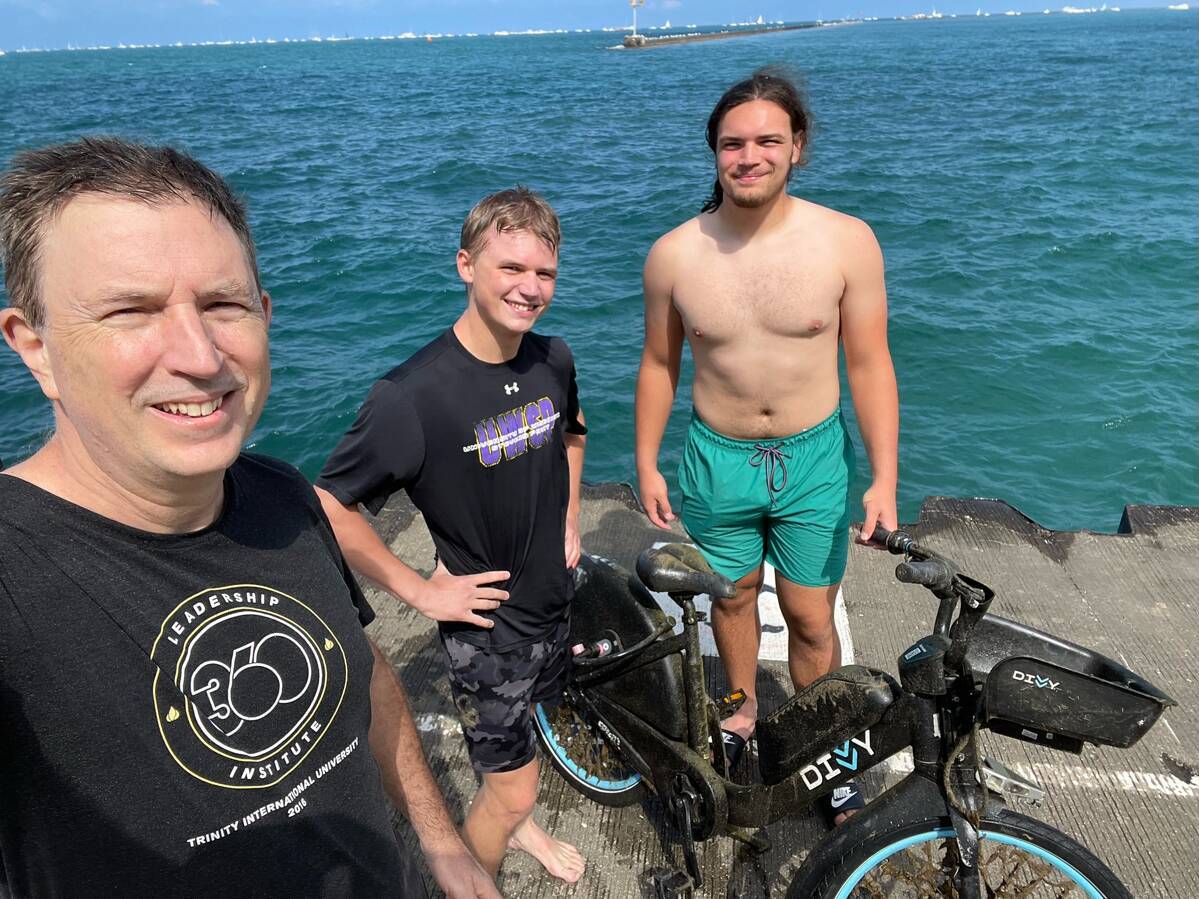 Skylar, who helped Dr. Firestone plan Bike Club, noted that it has become increasingly clear that the professor cares deeply about this campus. “It has been amazing to have a professor so invested as to encourage the students to begin a club like this one,” Skylar said. “I’m thankful we have a professor like him here.” They are both excited for the future of the club, which is off to a strong start with bike rides planned two to three times a week and additional events being discussed.

It is wonderful to see how much the Trinity community has come together in just these first few weeks of the semester, and we look forward to the wonderful memories that will be made this coming year as faculty and students alike grow in their faith alongside one another.

Learn more about earning a