The Ukraine war has been a focal point in the news since the Russian invasion began on February 24 of this year. For most it perhaps has seemed far-off, serious yet distant. For international TEDS student Oleksandra Mykhnevych (MA Educational Ministries ‘22), the war hits very close to home. The Ukrainian native is from Poltava, a city located in a central part of the country.

It was 4 AM. Mykhnevych’s father had arrived in the U.S. for a business trip, and she had just picked 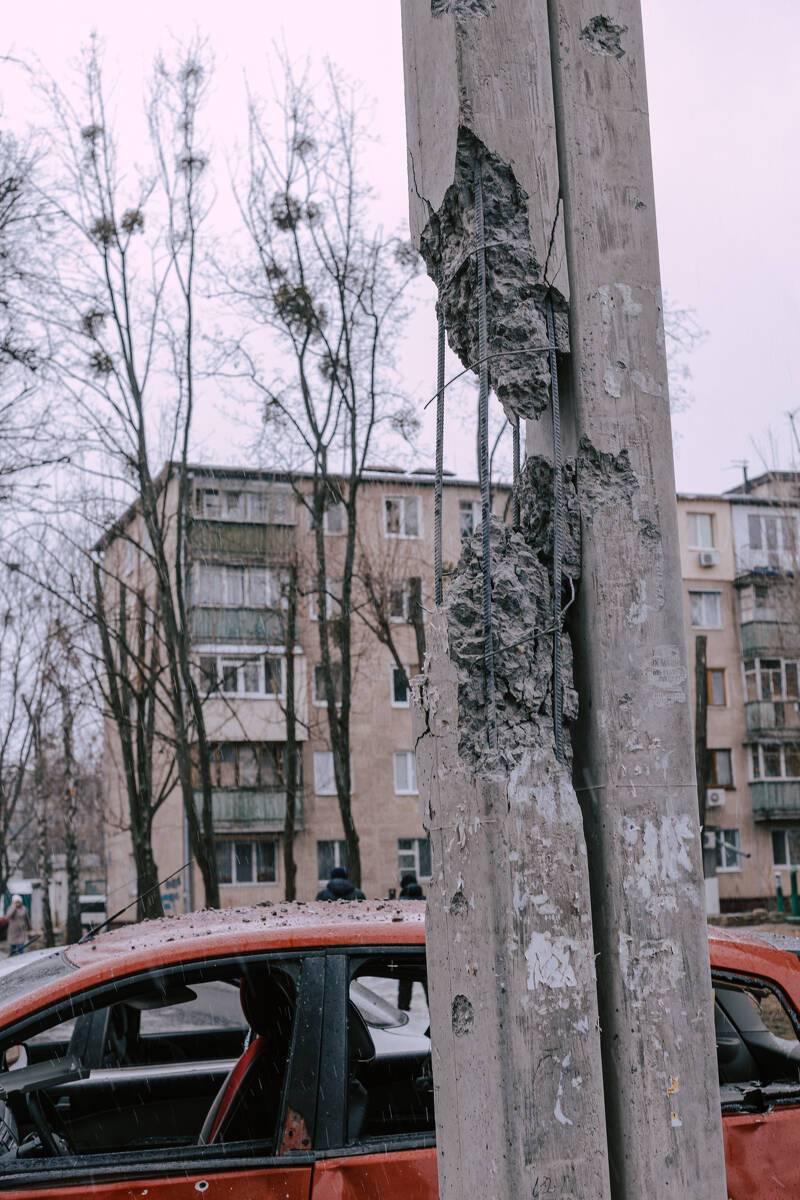 him up. She recalled the moment when they learned of the war as one of shock. Her family was aware of the political tension with Russia but had never thought it possible that a war would be waged on not only the Ukrainian army, but also its civilians.

She and her father called her mother. Kharkiv was being severely bombed, and Mykhnevych’s mother was only an hour and a half away. In distress, she packed the little she could and fled in the early morning. “She had to check the roads and see how she could get to the western part of

the country while avoiding certain cities,” Mykhnevych explained. “She had to get creative in making her way there.”

Some of Mykhnevych’s friends, like many other Ukrainians, stayed in their homes and tried to stay out of sight. They were in Kharkiv and less than 25 miles from the Russia-Ukraine border, which was being bombarded nightly. They hid in the bathroom, cooked their food there, and slept there. One of them, Anastasia Diulda, took the photos included in this article (read her firsthand account here). When the situation worsened further, they moved to underground shelters. Then Russia began bombing their neighborhood. They evacuated to the western part of the country (where they are currently volunteering and helping others). Their plan is to return to their homes as soon as possible and help rebuild their city, which was almost completely destroyed.

“Many feel that God is their protector and that their only hope right now is God. There is a big revival already happening in our country.” 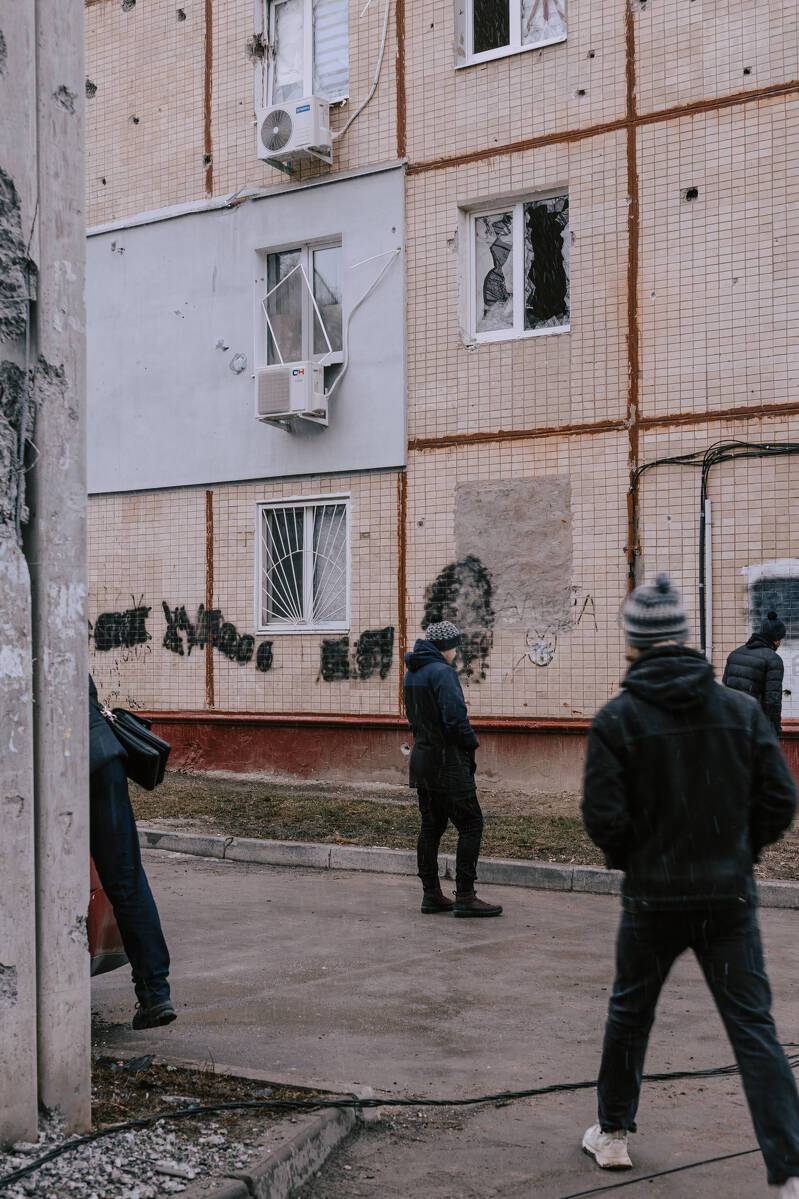 Prayerful support has taken on many forms. Ukrainians still inside the country have been offering each other free food from their restaurants and cafés, along with free delivery to the elderly and individuals who are on their own. Churches in Ukraine have done successful fundraising and organized regular prayer services. Mykhnevych’s home church holds prayer services daily; people attend in person, and many have come to Christ. Border ministries have been set up by non-Ukrainians and have also seen many accept Christ. “Many feel that God is their protector and that their only hope right now is God,” Mykhnevych said. “There is a big revival already happening in our country.”

Still, there is much that remains for the Trinity community to cover in prayer. Women and children have been kidnapped and “forcefully evacuated” to Russia; many Ukrainians cannot evacuate; some are cut off from water, electricity, and medical help. Mykhnevych also asks that Trinity pray for the students. Some of Ukraine’s seminarians are chaplains and are working as soldiers and volunteers who help evacuate civilians.

It may be easy to feel too far removed from the situation to help, but Mykhnevych offers a reminder that everyone has some influential tools at their disposal: a voice and the power of choice. The decision to offer support for Ukraine through words –whether spoken, written, or typed– does have an effect. Mykhnevych says she feels loved and surrounded by care because of the Trinity community’s example of prayerful support.

“Pray for people hiding in the shelters in different areas of Ukraine right now, for the discouraged, and for those who do not have access to grocery stores and electricity. May God send them His provision, comfort, and hope. Please, also pray for the safety of civilians and volunteers helping them to get evacuated.