At the End of His Rope 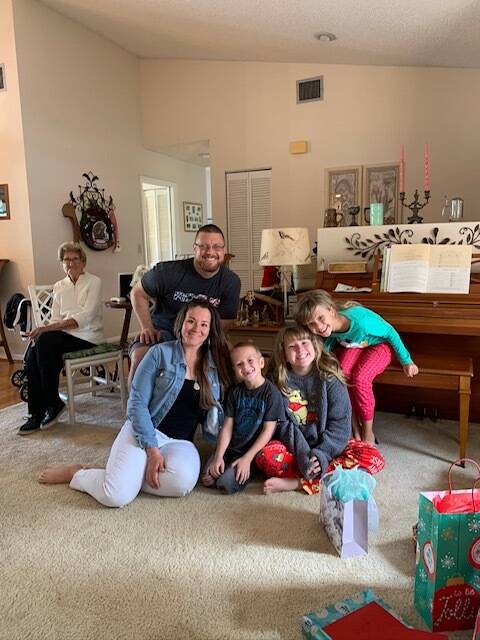 “I was 21 years old, my girlfriend was seven months pregnant, I was addicted to drugs, and I knew I’d burned all my bridges.”

Dan Laliberte tried to con his girlfriend into giving him her baby shower money so he could get high. When she said no, he hit rock bottom. A buddy advised Dan to get on a detox waiting list, since it could take a while for them to call him when a program opening became available.

“The problem was that in order to get on the detox waiting list, I needed to fail a drug test – so I needed to get high,” Dan said. “I took the ‘diaper money’ my girlfriend had stashed away and when I went to apply for a program, to my shock they said, ‘We’re taking you in right now.’”

It was a detox program run by a local church. “In my mind I was only supposed to stay for six months, but I’ve been here 12 years!” Laliberte said. That is because he came to know Jesus Christ as his personal Savior in that program. He married his girlfriend and they now have three children. Dan has stayed at the church for 12 years because when he finished the detox program, he was hired by the church to do landscaping, and now he works in their recovery program. He helps men and women who are addicted to substances and at the end of their ropes, just like he was.

Laliberte’s work in addiction recovery and his newfound freedom in Christ led him to TIU-Florida to pursue a Bachelor’s degree in Psychology. “I started with zero credits,” he said. “In fact, I used to skip high school to get high, but the church partnership program at TIU-Florida provided a great scholarship.”

Laliberte is now in a dual degree program. He is a 2022 graduate with his undergraduate degree in Psychology and has already earned nine credits towards his master’s degree in Mental Health Counseling.

“It’s crazy what God can do, especially with a guy like me,” he said. “I shouldn’t be alive. The reason I chose this specific path at TIU-Florida is because I believe I’m called to bridge a gap for people who are like me.”

“I felt unworthy when I first came to the church, but maybe I can be a help for people like me instead of looking at someone who’s super spiritual and hasn’t been through anything like I have,” Laliberte explained.

The Psychology and Mental Health Counseling dual degree at TIU-Florida has benefited him in many ways. “It matured me in my profession, deepened my appreciation of education, and grew me as a believer,” he said. “Now I’m studying what I want to learn: group counseling, career counseling, and multicultural counseling. That last course wrecked me and had a huge impact on my heart. It gave me such an understanding of marginalized people and a different perspective.”

“The Lord has used my journey at TIU-Florida to change me, draw me closer to him, and sharpen me to be a more effective tool in his hand,” Laliberte said.

Check out the BA in Psychology and the MA in Mental Health Counseling at TIU-Florida and see how you can fulfill your calling and help others in their recovery: